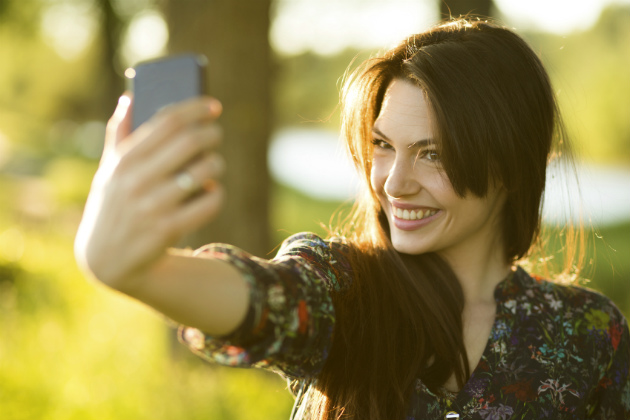 Most of us have experienced the frustration of trying to remember a password — or worse, finding out our personal information has been compromised. Now, a new payment initiative by MasterCard is working to address both of those problems with one solution: the selfie.

Don't laugh it off just yet. In light of increasing online retail fraud — payment software company ACI Worldwide says it grew by 30 percent last year — and a self-obsessed culture where taking selfies has become the new norm, it might just make sense.

MasterCard last fall began experimenting with its biometrics payments program, Identity Check (or "selfie pay," as dubbed by some consumers), which aims to cut down on fraud by approving online purchases on smartphones with a facial scan or fingerprint instead of a traditional password.

The software scans users' eyes, nose and mouth, then the user blinks to verify he or she is a live person, and that it's not a previously-taken photo. The company says it plans to launch the technology this summer in the U.S., Canada and parts of Europe.

MasterCard says the use of technology and data will move from a reliance on what the consumer knows (passwords), to what they have (mobile phone or other smart device) and who they are (biometrics).

"The new generation, which is into selfies ... I think they'll find it cool. They'll embrace it," Ajay Bhalla, president of Enterprise Safety and Security at MasterCard, told CNN at the start of its 2015 pilot study.

His predictions weren't far off.

The company recently released the results of a study of 500 Dutch consumers, which found that the majority of participants prefer fingerprints and facial authentication recognition to passwords. Ninety-two percent of participants rated the biometrics software as more convenient than passwords, while 71 percent called it "highly convenient." And 82 percent also said they believe it is more secure than passwords.

"It is very secure, and you've got to look at it in the context of what consumers do today," Bhalla told NBC News. "People keep very dumb passwords."

The company is also examining the possibility of integrating the face-scanning and fingerprint technology in banking and tech giants' payment apps.

Amazon could also be rolling out similar technology soon. In March, the company filed for a patent to allow customers to pay by selfie, with the same kind of password-replacing, biometric facial recognition software as MasterCard.

And although "selfie pay" is a relatively new concept, other companies have already embraced paying via fingerprint sensors.

On iOS, Apple Pay users have the option to authorize payments with a fingerprint for certain stores and retailers. Android Pay and Samsung Pay on Android devices also use the fingerprint-scanning technology.

Jason Oxman, CEO of the Electronic Transactions Association, recently told TheStreet that the biometrics software is another way companies are moving away from plastic cards with a magnetic stripe — a 40-year-old technology.

"We're moving toward mobile payments," he said. "That's the most secure implementation of payments technology out there today."