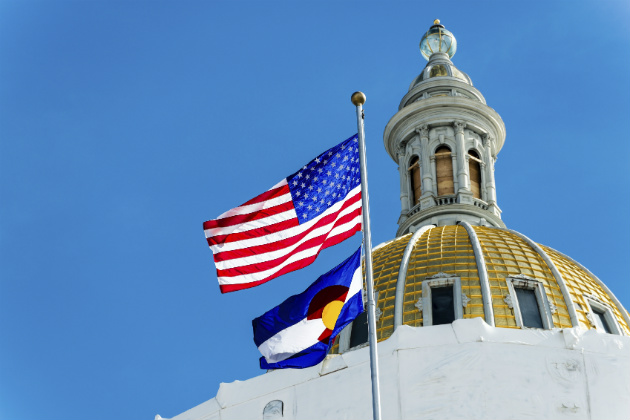 As we ring in the new decade, new state laws ring in as well. Colorado offers a case study, with a “red flag” law that was contested and upheld in the state Supreme Court. Not everyone was happy about the court’s decision, and a largely right-wing phenomenon with potential nonpartisan appeal — gun sanctuary counties — was the result.

Leave it to Colorado to be immersed in controversial gun reform legislation.

Documentary film director, Michael Moore, made “Bowling for Columbine,” satirizing causal logic in the gun violence debate. The film title refers to how the two Columbine shooters attended bowling class the morning of the shooting.

Moore sarcastically inquired why bowling isn’t blamed for the disturbing school massacre since people search for blame in all quarters except weapons manufacturing — including nearby Littleton’s Lockheed Martin manufacturing facility — resulting in a lax local culture of gun access.

Decades later, Colorado answers back to this causal logic with a red flag measure undermining constitutionally protected gun ownership. HB 19-1177 is a Trump-era law seeking to remove firearms from mentally unstable people’s possession. This law is enforced in a state climate where three sheriff’s deputies have been recently killed by civilian gunfire. One accused murderer has been deemed mentally unstable, hence the legislation.

CNN explains: “The law allows family, household members and law enforcement to petition for a court order to temporarily take guns away from an individual deemed to be at significant risk of hurting themselves or others by having a firearm.”

Since Columbine, mental illness and gun ownership do not mix well; however, there’s a very slippery slope regarding inherent bias in decisions to take guns out of owners’ as yet constitutionally protected hands. The idea of mental instability is highly subjective: behavioral politics is a controversial arena in these trying times of overdiagnosis/overprescription and poor mental healthcare access for uninsured individuals.

Erratically waving a gun while claiming you are going to shoot someone requires intervention. But in that event, a concerned loved one or neighbor/resident can call police and report the threat without controversial legislation.

The problem emerges when unstable individuals are not caught in time. But does an amped up gun law like HB 19-1177 improve matters? This kind of law might serve as a pacifying facade in the nation’s gun violence crisis.

Red flag laws are low-hanging fruit in gun reform, with D.C. and 17 states passing similar measures. But arguments against red flag protections also sound crazy: who advocates that mentally unstable people should be running around with loaded weapons?

The issue is constitutional, with the Second (right to bear arms) and Fourth (protections against illegal searches and seizures) Amendments — and perhaps others — undermined.

County sheriffs and judges call enforcement shots here as Extreme Risk Protection Orders (ERPOs) are court-ordered: “ERPOs provide families and law enforcement officers with a formal legal process to temporarily remove an individual’s firearms and reduce any further access to firearms if they pose a danger to themselves or others.”

According to a dissenting Routt County sheriff criticism, “HB 19-1177 does not require that the accused person be evaluated or proven mentally unstable to the point of being a risk to public safety, but allows the court to decide a person’s mental status based on preponderance of the evidence.”

Mental health charges can be brought against individuals lacking due process in this arrangement.

Police and judges have revealed large-scale law enforcement biases — which is either evaluated as an otherwise prudent system’s side effect that requires reform or as integral to the U.S. criminal justice system.

To further complicate matters, a very wide net is cast for who can make disarmament requests. Step family members, legal guardians, roommates over six months, spouses, co-parents, and even those who quality as “past unmarried couples” can seek court orders. Imagine being angry at an ex-partner and getting back at them via an ERPO. Or even better: what an amazing legal weapon amongst civilians in heated custody or political battles.

These are all considerations that seem almost secondary to the primary security concern that the law’s territorial unpopularity divides state residents, within and between counties. A Gun Rights Watch map reveals that over one dozen Colorado counties support HB 19-1177, whereas nearly three times the number have passed resolutions against it, instituting sanctuary status.

Is it advisable for a state to uphold such a controversial gun law?

Colorado is in league with many sanctuary state territories that uphold Second Amendment rights. A New York City case may push the U.S. Supreme Court to uphold the Second Amendment as well.

This case involves New York City gun owner restrictions that allow for carry to citywide gun ranges, but prohibit carrying outside city limits or to other homes — even if guns are unloaded and secured properly.

After the Supreme Court agreed to hear the case, the city revoked the law: “For good measure, New York State enacted a law allowing people with premises licenses to take their guns to their homes and businesses and to shooting ranges and competitions, whether in the city or not.”

One outcome of the SCOTUS decision could be a precedent setting Second Amendment decision that renders gun rights sanctuaries the norm instead of maintaining states as embattled territories.

Hawaii and Nevada also have controversial red flag laws that went into effect on Jan. 1, 2020.