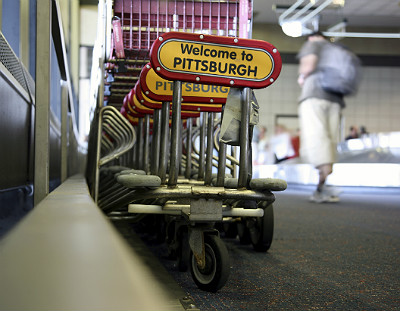 Pittsburgh International Airport was once the largest hub of US Airways, handling almost 20 million passengers per year in 2000. Since those heady days, the airport has seen major decline and a fight to retain jobs and profits.

But seeds of improvement are starting to show, with the airport announcing the reopening of two sections of its concourses. Nevertheless, passenger figures still pose challenges for the airport management.

US Airways substantially reduced its hub operation at Pittsburgh in 2004, citing huge losses at the airport and the need to shift hub operations to nearby Philadelphia and Charlotte, N.C. Nevertheless, the airline has remained the largest operator at Pittsburgh, with around 26 percent of passengers.

Following the reduction in services by US Airways, Southwest Airlines moved in to claim some of the passengers in 2005. Other low-cost airlines such as AirTran, JetBlue and USA 3000 also made inroads at Pittsburgh, stabilizing passenger numbers at the 8-9 million per year mark. Yet this reduction in daily flights necessitated the closing of parts of the once-busy terminal by walling off sections of gates in 2008 to reduce maintenance costs by $1 million per year.

The Allegheny County Airport Authority, which manages the airport, recently announced the decision to reopen 10 gates at the end of Airside Concourse A, which haven’t been seen by the public in five years. 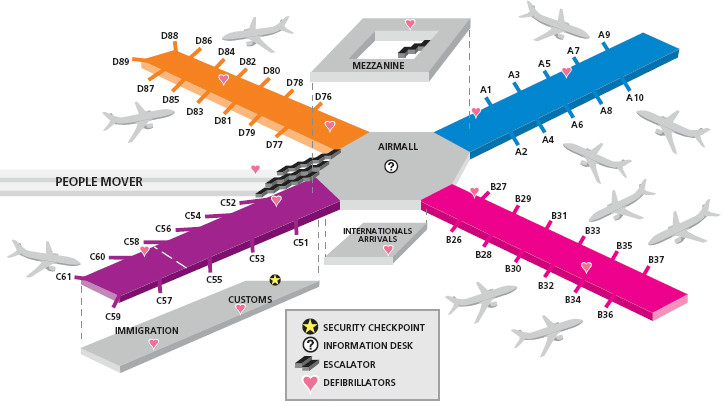 While this news hints at better times returning to Pittsburgh, it is only partly true. Both Southwest and United have reported a rise in their own passengers at the airport compared to a year ago, and the number of departing flights has risen, with new destinations such as Nashville, Tenn., added. However, overall traffic is down compared to last year.

Eric Rupert, director of business and properties at the airport, said the reopening of the concourse “is really more for the convenience of passengers and airlines.”

With the recent merger of United and Continental Airlines, and the almost-completed merger of AirTran and Southwest, it makes sense to rearrange how the aircraft of the combined airlines are handled at the airport. United has requested 10 even gates on the A concourse, from A2 to A12, and AirTran and Southwest flights are also to be situated adjacent to each other in areas vacated by US Airways years ago. Additional benefits include the reopening of food and drink concessions within Concourse A, which should bring its own benefits to the running costs of the gates.

Although parts of Concourse B will remain closed for the foreseeable future, the airport believes these initial steps of reopening closed sections will ultimately lead to growth at the airport, better relations with customer airlines and better passenger experience.