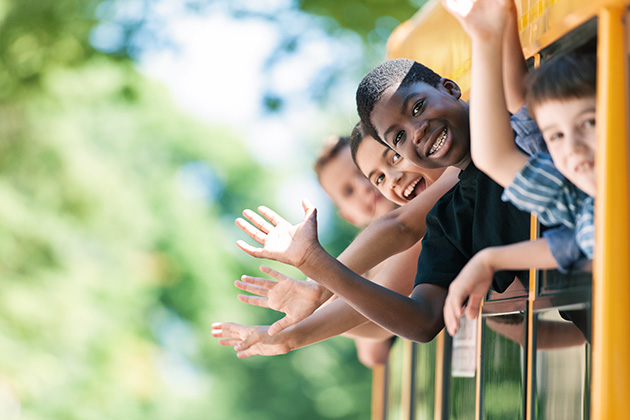 We need to highlight the importance of diversity in our schools, now more than ever. The nation that is known as the "melting pot" of cultures needs schools that embrace and celebrate this diversity.

This year we've seen schools and districts take this celebration one step further by imbibing the theme into the very framework of daily lessons. One outstanding example of this is Stoklosa Middle School in Lowell, Massachusetts.

The school's unique art project saw students make more than a thousand paper cranes to promote friendship and solidarity among each and other and uphold the rich diversity of the school. Each student made at least one paper crane, building a strong framework of friendship through the intricate patterns and creative folds of origami.

In creating the delicate art objects, students experienced firsthand how unique each person was, while also an intrinsic part of the community. The project is a brilliant and shining example of how a school can celebrate its diversity and its inclusiveness.

Another shining example is the Culver City School District in California, which was recently named the fourth-most diverse school district in the nation in 2017. The school has long been known for its rich and diverse culture, and as Superintendent Josh Arnold put it, they don't just practice diversity, they live it.

The first school district in the U.S. to create the Spanish and Japanese immersion programs, Culver City places immense value on student differences. Through various clubs and programs, the district instills immersive teaching and learning experiences.

Then there are school districts like Chartiers Valley in Pennsylvania, which has designed special events to showcase diversity and celebrate inclusiveness. Musical performances and artwork by students will combine with stories of reflection about their lives to unite the whole community. The district is also going to have the distinct honor of being recognized once more by the Anti-Defamation League as one that has "No Place for Hate."

New Jersey's Highland Park also reported a great success for its first unity celebration for its diverse community. The event, attended by students, parents, grandparents, teachers, district officials and other residents, was a picture of national solidarity among brilliant student performances.

In Maryland, the Cockeysville Community Diversity Night, which primarily included students from the middle and elementary schools, brought together the entire community to celebrate. Students hail from countries and cultures from all over the world. This event was the perfect way to showcase their unique cultural heritage.

But upholding diversity doesn't just stop at the schools. We also have unique summer camps that emphasize cultural and ethnic diversity.

Camp Kupugani in Illinois has particularly made a name for itself for creating positive change by empowering campers in an intentionally diverse environment that is meant to enhance youth experiences. The interactive, multicultural program is designed to foster diversity.

Judging by its success, it is evident that we need more such camps to balance the increasingly polarizing environment that's threatening to undermine this great nation. Our students need to learn empathy and inclusion as much as they need the right curriculum to boost their academic future. Only then can we expect balanced growth for each of them.