Schools across the US fighting to stamp out bullying 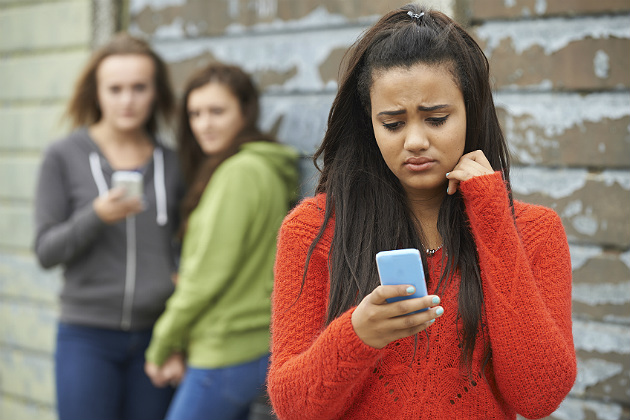 The numbers on the reality of bullying in school are staggering:

To combat a particular aspect of bullying, the Minnesota Department of Education made news with its recent announcement that it will provide the region's schools with a transgender "toolkit." The district's advisory council on bullying prevention and intervention efforts has approved a set of "tools" to create and support inclusive environments for transgender and gender-nonconforming students.

The document essentially aims to amend and restructure school policies that will address discrimination and prevent barriers to participation.

Gender-nonconforming students and transgender students are increasingly feeling unsafe in schools as they face bullying and harassment from fellow students. It also doesn't help their cause when some lawmakers add fuel to the fire with their insular and hurtful campaigns.

Instances of transgender children being bullied are alarmingly high across the country. Minnesota's efforts in this regard are commendable and should serve as a shining example for the rest of the states.

The resources in this toolkit address everything from the use of proper pronouns and preferred names to accessing restrooms and locker rooms per one's gender identity. It also has guidelines for students who do not want to share lockers with their transgender classmates. The aim is to create a safe, supportive and welcoming environment for all students.

Bullying is a global problem that affects millions of students daily. They are scared to go to school, scared to speak out, become depressed and perform badly in the classroom. They are picked on for a wide number of reasons — their looks, speech, behavior, race, religion, social status, sexual orientation or anything that prevents them from fitting in normally.

Bullying can be physical, psychological, verbal, sexual, cyberbullying and even via cold exclusion. If this relentless bullying goes unchecked, the victim could end up with severe mental issues like depression, anxiety, stress, low self-esteem and even suicidal tendencies. At times, bullying can lead to violent behavior as victims lash out in the same manner.

Even though all 50 states have now enacted a bullying law, most have proven to ineffective in developing proper anti-bullying policies. The onus is on the schools to act instead and set up bullying prevention policies.

There is no specific federal law to tackle bullying, but when cases involve race, nationality, religion, color, sex or disability, there are some overlaps with federal anti-discrimination laws. The bullies can face misdemeanor offenses, especially for cyberbullying. Needless to say, there are many loopholes here for them to get away with.

Just having laws is not enough. Schools and communities must work together to better inform students and then implement the true spirit of the law. There also needs to better oversight committees, training and technical assistance to schools. Then, there is the issue of funding.

Studies conducted in Maryland schools have shown a significant decline in bullying (from 28.8 percent to 13.4 percent) over the last 10 years. Researchers at Johns Hopkins School of Public Health stated that increased attention to and awareness of bullying along with some policy changes have contributed to these positive trends and lessening figures.

But not all states have proactively stood up for all student rights.

Texas has drawn flack for its bill attempting to bar transgender and gender-nonconforming students from using the restrooms of their choice. However, the Lone Star State's proposal to combat cyberbullying has been commended by many. The bill would force district administrators to find workable solutions so that students can anonymously report incidents of cyberbullying.

The rise of millennials in teaching profession has been a boon for students. Generational shifts and attitude changes lead to values-based conversations between teachers and students, which are in turn leading to emphasis on diversity and inclusion. They are change agents who want their students to bring these positive changes in the society.