Saving the water coolers, 1 at a time 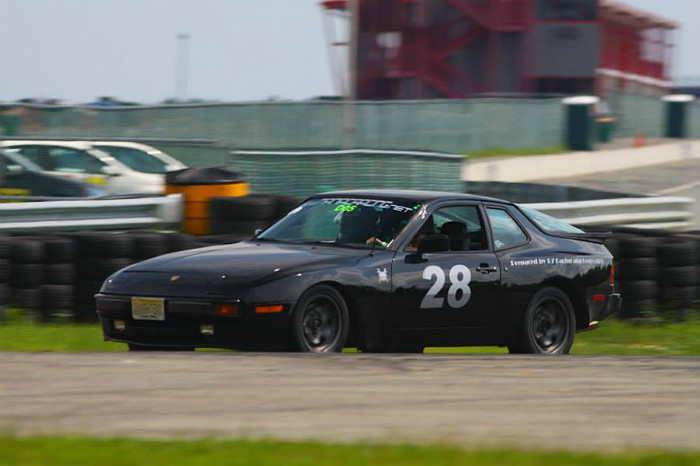 Jason purchased his first 944 for $500 and restored it to its current condition, seen here.

I have been a Porsche guy for a long time. I have owned 911s, an outlaw 356 and a couple of Boxsters. For the last six years, however, I have found myself on a path far less traveled. I have completely fallen for Porsches often overlooked and curiously economical, four-cylinder cars — 924s, 931s, 944s, 951s and 968s. Like others who struggle with the same addiction, I affectionately refer to them as "the water coolers."

There are myriad reasons to love them. They are perfectly balanced. Their shape is timeless and sexy. They are forgiving. They are reliable. They deliver 30 mpg. They are an affordable entry point into very exclusive club — Yes, I said it. If you have a water cooler, you're in the club.

Wait a minute. Is that even a reason to love a car? Maybe, maybe not, but humor me for a few minutes while I share my story.

My first Porsches were CPO Boxsters, first a base car and then an S. Both were purchased from dealers with warranties. They were serviced as they should have been but almost never driven as intended. They were convertibles — weekenders. They were for date night with the wife or spending an afternoon with my father. I didn't know yet.

I got a subscription to Excellence magazine. I waited by the mailbox when it was about time for the next issue to arrive, and I would read those magazines cover to cover, over and over. I decided I needed a 911 and another, then a 356, and then I joined PCA and so on and so forth. I still didn't really know, but I was definitely getting warmer.

Now, as a PCA member, Panorama was also hitting my mailbox, and I was reading everything and anything I could find about Porsche. I loved the new, exotic cars as much as anyone else, but they’re a little pricey for me.

I was fascinated with early 911s, 914s and the 944 Cup racers. I couldn't get enough of the race cars. I needed one, but not a million-dollar museum piece. I was thinking more about something in the $10,000 range that I could build myself.

The addiction grew. I bought Tequipment. I wore the apparel. I think at one point, I may have even considered a Porsche tattoo. I bought and sold a few cars and started getting pretty bold with my tools and my time.

At this point I owned a fantastic 1989 Carrera Cab, a limited production Anniversary car. I had it dialed in 100 percent, and I drove it every chance I could. It must have been 2007 because I'm sure that’s when it happened. 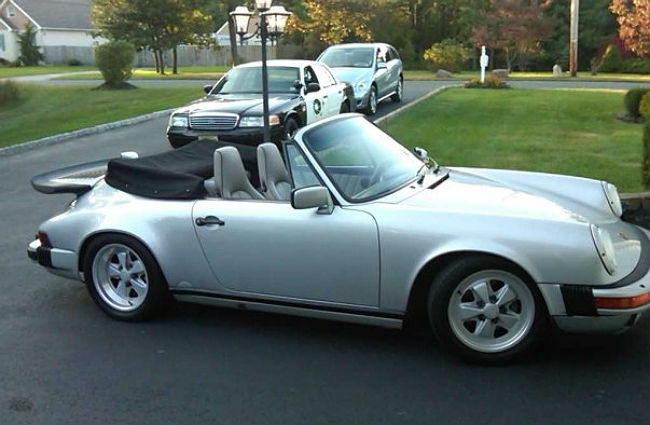 This 1989 Carrera Cab was a limited production Anniversary car.

On my morning stop for coffee and whatever else, a guy wearing dirty Dickies pants and a long sleeve T-shirt, with a baseball cap on backwards purposefully walked toward me. I assumed he was going to ask me about my car like most people did. I assumed wrong. Instead, he asked me if I knew anything about "these cars."

Of course, by now, I had pretty much declared myself an expert. I knew everything, or so I thought. So I said, "Yep. Why?" Those two words would change my course down my personal autobahn dramatically.

Later that day, I purchased my first Porsche 944, an early 1983 car that didn't run. It was a disaster. I picked it up mostly in milk crates. In hindsight, it was probably a good candidate for eBay and then the scrap yard. I didn't know any better. I was intent on fixing it. 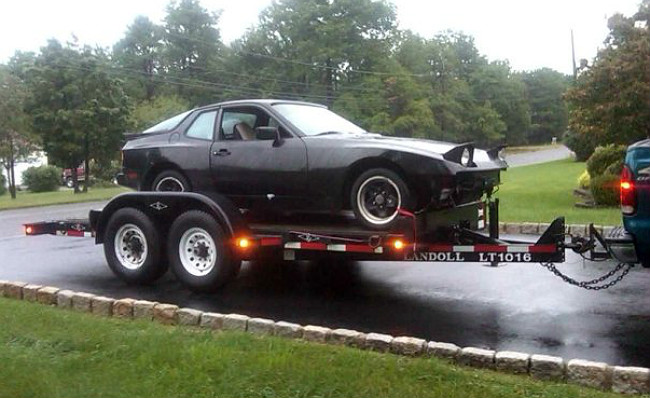 I bought the car for $500, which was less than I paid for a proper alternator replacement on my 911, and I wasn't afraid of ruining it. Five hundred dollars one way or the other wasn't going to change my life, or was it?

The 944 was the first car I really talked to. We cried together, and we laughed quite a bit. We have spent as much time on the race track as on the local roads. I have every receipt and a record of everything I have ever done to that car. I do not dare total it up. I don’t need to. Those records will be retired with that car — and that car will be retired with me.

I had experienced my revelation. I love all Porsches. In fact, I truly love almost all things Porsche. But I love 944s most of all.

As strange as it sounds, I was completely obsessed with my water-cooled car. Perhaps it was the fact that I understood it. I was her driver and her crew chief. I had completely disassembled that car and put her back together. She was as good as new in all the critical areas, except where she was better. She looked how I wanted her to, sounded how I wanted her to and drove like I had only dreamed she could. 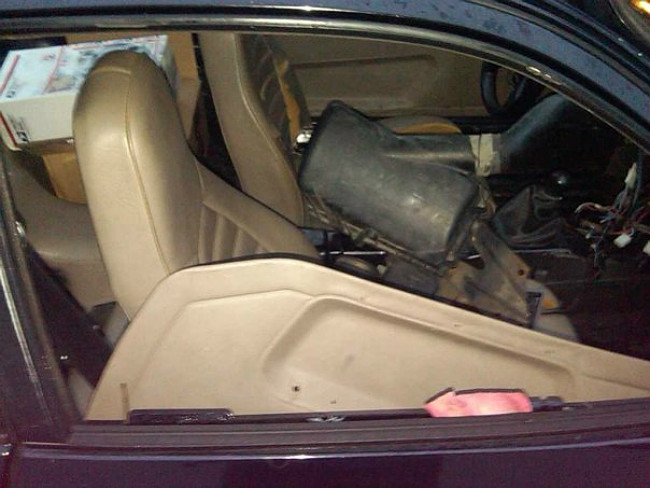 Exit strange and enter corny, but I swear the car loved me back. It was as if the car appreciated being appreciated. I really didn't drive my other cars anymore. I sold my 356 to a nice man in California. I sold my 911 Cabriolet to an exporter who shipped her back to Germany. I began buying all the 944s I could.

Fast forward just a couple more years, and I was now well versed in 944s. I became quick at diagnosing their ailments and very thorough and accurate at repairing them. I bought, fixed and sold them on a regular basis. I even made a little profit. My hobby was now supporting my habit.

Better yet, however, was the fact that the people who bought my cars loved them, too. They were no longer basket cases. They weren't nonrunners. They weren't time bombs ticking away, waiting to die. They were well sorted, attractive, reliable cars that were affordable.

Best of all, they were all of these things and they were Porsches. Was this nirvana? I made arrangements at my company to start spending a little time out of the office so I could launch my new Porsche restoration business. I decided that someone needed to save the water coolers. I was that someone, even if it meant doing it one car at a time.

In 1987, a Zermatt Silver on Oxblood Burgundy 944 Turbo rolled off the production line and to an Oklahoma showroom. It was a well-equipped car, but not all-inclusive resort. It had power everything, a Blaupunkt Reno, sport suspension and a limited slip transaxle. Its window sticker read $41,964. It would cost $86,446 today. I acquired this car in mid-2012 for $2,500.

Before this 951 arrived in my NJ shop, it had traveled almost 200,000 miles, back and forth across the country and through the hands of six other owners. Some had been good stewards, others not as much. I always wonder why. Perhaps it was a matter of money. Perhaps it was a lack of knowledge, discipline or just apathy toward cars in general. More likely it was a combination of these and even other factors. In any case, the poor car needed just about everything.

Like so many other water coolers before it, I walked around her a dozen times. I looked at her hips and her tail end. I ran my fingers along her hood. I emptied the car of everything, vacuumed her out, washed her with dish soap and water then sat down to have a little talk. She didn't know me yet and she didn't talk back, but I’m sure she heard what I told her. "Everything will be better now, baby. I am going to make you great again. I promise."

By the time you read this article, this Silver Turbo will be back on the road. She will make someone fall in love with Porsches. She will be appreciated. As for me, I’ll keep doing what I do, talking to cars. 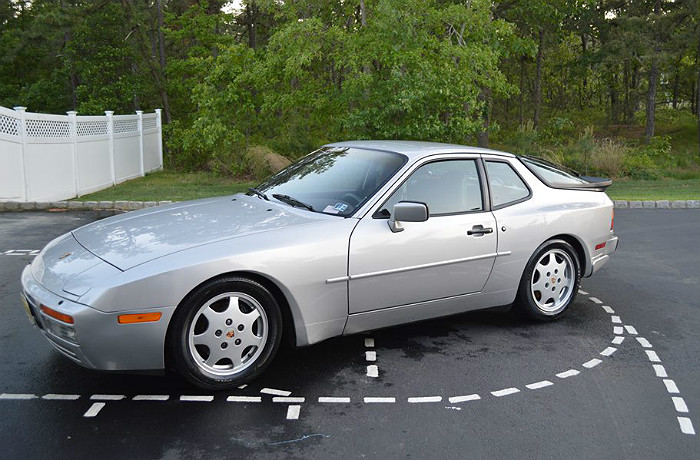 This 1987 Zermatt Silver on Oxblood Burgundy 944 Turbo is ready to hit the road once again.