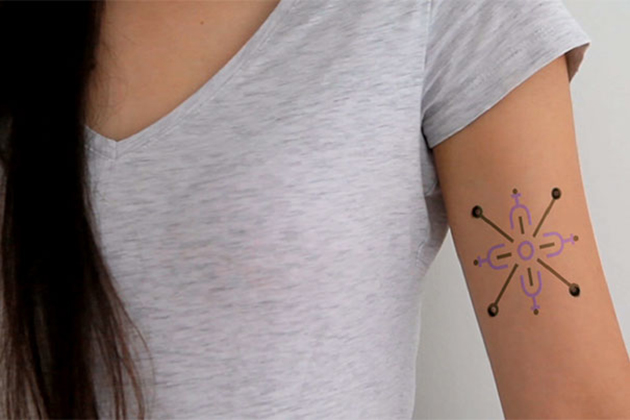 Traditional body modification includes tattoos, piercing, branding, cutting, binding and implants. Tattoos have been around for thousands of years, and today 1 in 5 adults in the United States has at least one tattoo.

Although tattoos have served in various cultures as rites of passage, marks of status and rank, symbols of religious and spiritual devotion, decorations for bravery, sexual lures, pledges of love, punishment, amulets and talisman, tattoos may soon have a new purpose — saving lives.

In 2015, 30.3 million Americans (9.4 percent of the population) had diabetes. About 1.5 million Americans are diagnosed with diabetes every year, and the disease remains the seventh-leading cause of death in the U.S.

The immediate goal for those with diabetes includes careful monitoring of blood glucose levels to eliminate life-threatening symptoms. Now, researchers have developed smart tattoo ink capable of monitoring health by changing color to warn someone with diabetes, for example, of dangerous increases in glucose levels.

In this proof-of-concept work, the researchers looked at whether traditional body modification techniques embrace technology and whether the skin can reveal changes inside the body.

Recent advances in biosensors have focused on wearable devices, which offer safety, ease of development, comfort and maintenance. However, such biosensors lack direct access to body compartments containing the relative biomarkers.

The Dermal Abyss (d-abyss) is an approach in which the body surface is rendered as an interactive display by patterning biosensors into the skin to produce color changes in response to biomarker variations in the interstitial fluid. In the present work in an ex vivo pig skin model, the researchers investigated four biosensors, reacting to three pieces of biochemical information in body fluid:

Several injections in the skin were done in order to understand the visibility and functionality of the biosensors. The d-abyss creates a direct access to the compartments in the body and reflects inner metabolic processes in a shape of a tattoo.

The researchers envision new partnerships between the biotech companies and skin professionals, such as prosthesis experts and tattooists. Future work will include research on new biosensors, body modification practices and interaction techniques.