Saturation nation: Are we nearing the end of HEMS fleet expansion? 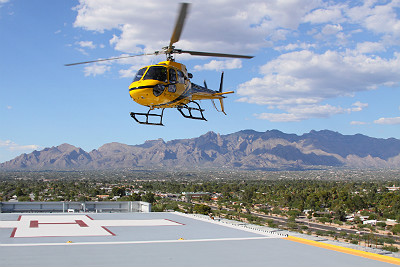 Is the expansion party over for helicopter EMS? Increasingly, the tea leaves are pointing in that direction.

As the nation's fleet has expanded dramatically in the last decade — nearly tripling to 900 EMS helicopters — utilization rates have plunged while per-transport costs have skyrocketed. Fewer revenue flights — in some markets one or less per day per helicopter — mean a higher cost per flight. Meanwhile, federal and state governments, which collectively pick up 70 percent of the nation's medical tab, along with private insurers, who pick up most of the remainder, are pushing back on reimbursements.

The fleet expansion carries the obvious benefit of tens of millions more Americans having access to expedited medical transportation within the first "golden hour." That point is irrefutable and an invaluable benefit, especially if you are the patient with a time-sensitive condition such as a stroke. But is it sustainable?

Increasingly the answer appears to be "no."

Right now this irrational competition is protected under the Airline Deregulation Act of 1978 (ADA) , legislation designed to make passenger air travel more affordable by boosting industry competition. At the time the law was written, the current domestic air ambulance industry was not envisioned nor was it the intended beneficiary.

Legislative attempts to separate the HEMS industry from ADA protection and submit it to the state Certificate of Need process, which governs the expansion of ground ambulance service, have been unsuccessful to date. Under Certificate of Need in most states, ground ambulances can only be added to a geographic area when there is a demonstrated absence, reduced availability or inadequate level of care that cannot be corrected by reallocating or improving existing resources.

Air ambulances can be deployed anywhere without the slightest regard to such factors. Granted, irrational competition doesn't do much for the bottom line, but most helicopter EMS operators have gotten around that pesky little problem by repeatedly and aggressively raising prices and/or by having guaranteed minimum contracts with hospital partners.

The National Association of State EMS Officials noted in 2011 that the growth of helicopter EMS in the U.S. was triggered by an increase in Medicare reimbursements in the early part of the 2000s, which contributed to a doubling of air medical transports between 2000 and 2010. Any market made by government can be taken away by government and the question is not if, but when.

But what kind of solution will protect taxpayers, policy premium payers and the needs of patients? In 2009, the American College of Emergency Physicians (ACEP) designed prospective guidelines for the appropriate use of HEMS in out-of-hospital settings. These guidelines could provide the template in the event HEMS someday becomes subject to Certificate of Need or equivalent requirements.

ACEP suggested HEMS utilization should occur under any of the following conditions:

The ACEP policy statement is a good place to start any discussion leading to the rationalization of the nation's HEMS resources.