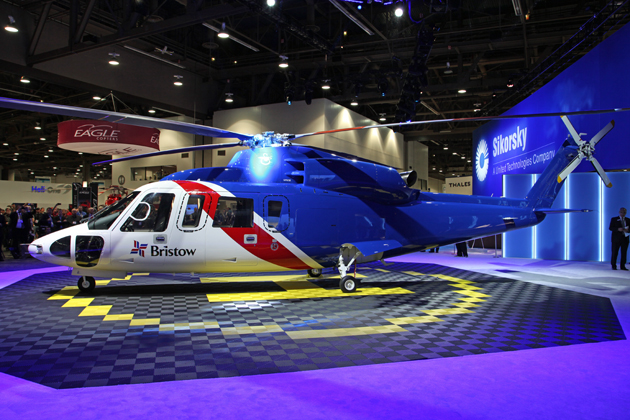 The U.K. is embarking on an experiment that will see much of the helicopter search-and-rescue missions that used to be flown by Royal Air Force helicopters now performed by those belonging to the Bristow Group under a long-term contract. If the program succeeds, expect to see copycats spring up around the world.

The rationale for privatizing helicopter search and rescue basically comes down to economics; civilians can generally perform many military missions cheaper and more efficiently, save for those that involve actually shooting.

Here in the U.S., Evergreen Helicopters (acquired by Erickson Inc. in 2013) allegedly flew missions in civilian helicopters worldwide for the Central Intelligence Agency and in support of various United Nations programs. Recently, a variety of civil helicopter companies flew several different missions, including troop transport and logistics, in Afghanistan and Iraq on behalf of NATO forces.

More and more, militaries around the world are realizing that if the mission doesn’t need armor or firepower, it’s cheaper to hire civilians.

The 11-year, $2.5 billion Bristow deal in the U.K. is a barn burner that eventually will involve 22 new helicopters worth $1 billion operating from 10 separate bases. It potentially could be worth up to 25 percent of the total revenue for Bristow, traditionally an oil and gas producer (OGP) helicopter services company, by 2017. Each base is expected to fly 1,000 hours per year.

For the citizens of the U.K., it means that their coastal SAR will now be flown by newer, faster and better-equipped helicopters with longer ranges compared to the old RAF Sea Kings they are replacing. Intelligent privatization can often deliver this type of value proposition to taxpayers, yet it is frequently derided by its opponents, generally working blissfully in the absence of data, as nefariously dangerous.

The idea of privatizing SAR in Canada was vociferously and quickly shot down by a variety of politicians adrift in a fact vacuum. One Canadian Member of Parliament went so far as to call the concept "abhorrent" without providing any specifics as to why aside from the fact that SAR traditionally has been the purview of Canadian forces.

Tradition would seem a poor excuse to deny a citizen prompt rescue with the most modern equipment and best-trained crew. Sometimes, that doesn’t always mean that first responders are wearing a military uniform.

During the 2010 Deepwater Horizon catastrophe in the Gulf of Mexico, OGP helicopters worked in tandem with Coast Guard rotorcraft to rush the critically injured to onshore hospitals.

Indeed, most OGP operators, including Bristow, PHI and others have had sophisticated SAR rotorcraft in place for years to service their energy industry clients. Privatized SAR has worked for a variety of industries. Applied correctly, it can work for governments as well.