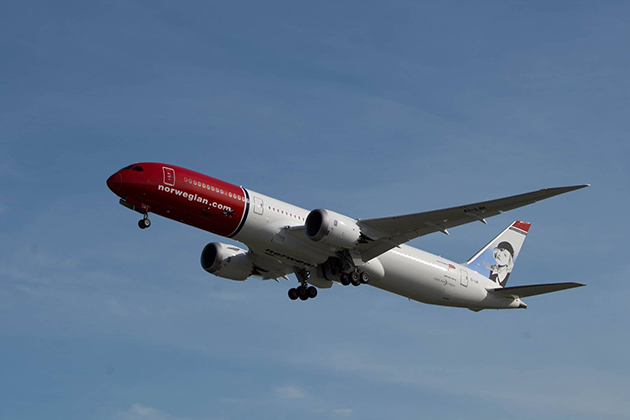 California's traditional long-haul gateways have another competitor to deal with as Sacramento International Airport looks to incentivize bringing new routes in from Europe's low-cost carriers (LCCs).

It's no secret that a new wave of long-haul carriers is disrupting the industry much in the same way the first wave of LCCs did for medium-haul travel in the scheduled and vacation markets in the 1980s and '90s.

Airlines like Norwegian, Scoot and WOW air now use modern widebody airliners on major international routes and are taking a growing share of the market dominated by traditional airlines. The difference is in the ticket cost, where the attraction of rock-bottom prices is luring people away from the full-price carriers. Food, drink, luggage and seating selections are optional extras.

Sensing this may be the most logical way to attract more visitors and that all-important transatlantic route, the Sacramento County Airport System has approved offering a tempting incentive to any airline that will introduce such a route: free landing fees for the first two years of the service and a $400,000 marketing spend to promote the route.

In recent months, the dominant European long-haul LCC Norwegian has announced it is starting services to more U.S. gateways including Chicago O'Hare, Denver and Seattle Tacoma in addition to its routes to New York and Los Angeles. But secondary airports like Oakland, Providence and Austin have also benefited from the airline.

Sacramento hopes it can emulate by attracting similar airlines and admitted it is holding talks with Norwegian, Germany's Condor and Icelandic carrier WOW air.

Refusing to comment on whether a deal is already close to completion, airport executive John Wheat told The Sacramento Bee: "We are having conversations with all those air carriers, telling them Sacramento makes a great secondary market." Norwegian confirmed it has been in communication with the airport and was looking into the offer.

And Sacramento is not limiting its incentives to European carriers. The airport, which has seen steady growth over recent years and a record number of passengers in 2017, has a range of offers on the table for domestic and other international destinations.

In fact, existing incentives at the airport have already seen the introduction of services with JetBlue, Southwest Airlines and United Express. With a European carrier in the bag, Sacramento is also hoping it may attract an Asian carrier on a similar deal in the coming years.

Incentives in Northern California are not new. Both Oakland and San Jose already offer deals to carriers and, it might be argued, their proximity to the important tourist and business centers of San Francisco Bay offer a greater potential than Sacramento.