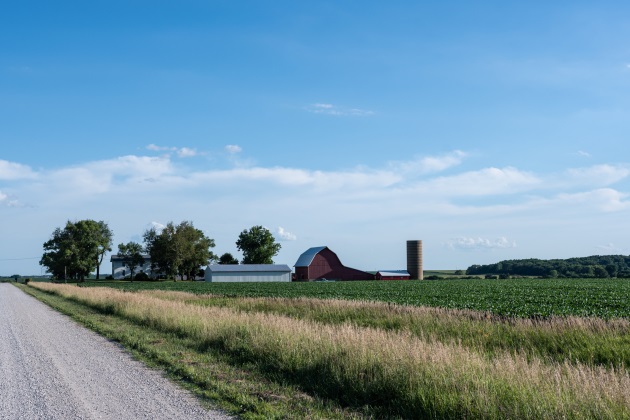 What follows is a look at what some industry groups and politicians are doing and saying in response to the situation.

Gary Wertish is the elected president of the Minnesota Farmers Union, a private company. "We are in close contact with Congresspersons from Minnesota," he told MultiBriefs by phone. "This trade war with China needs to come to an end. It is doing a lot of damage now and we are concerned about the long term."

Sen. Tina Smith, D-Minn., is a co-sponsor of a bill to help farmers stay solvent during the U.S.-China trade war, the Family Farmer Relief Act of 2019. The bill has passed the House and Senate.

“We want them to be able to reorganize their business, repay their debt, and keep their farm," according to Sen. Smith. The legislation restructures debt reorganization via Chapter 12 bankruptcy rules, upping the debt ceiling from $3-10 million dollars. Skeptics question the upping of farmers’ debt as a path to increase their financial risk.

FFRA has bipartisan backing, including Republican co-sponsorship from Sens. Charles Grassley and Joni Ernst of Iowa. President Trump could sign it into law.

Dale Moore is the executive vice president of the American Farm Bureau Federation. "We’re in steady contact with the administration," he told MultiBriefs in an email. "We have let them know as clearly as we can that the trade war is not good for America’s farm and ranch families."

He declined to share who in the administration that the AFBF is in contact with and what trade policy the group seeks. Meanwhile, U.S. farmers’ share of the Chinese market has plunged, a trend that reminds Wertish of the MFU of the farm crisis in the 1970s and 1980s. That downturn sparked more farm consolidation, according to him.

"Our agricultural exports to China, for instance, have dropped more than 50% since 2017," according to Moore, "which means real pressure on prices. That is a $10 billion decrease and a big loss for farmers who now must contend with the combined effects of low commodity prices, terrible weather and tariffs."

When it rains, it pours. The flooding in the Midwest has compounded with falling agricultural sales to China.

The Chinese authorities’ call to end all U.S. agricultural imports makes the weather damage worse. The Trump administration’s decision to declare that China is a currency manipulator would appear to make a trade compromise between the world’s two biggest economies more difficult to reach.

Rep. Angie Craig of Minnesota is on the House Agriculture Committee. She supports a "trade strategy that opens markets for farmers and gives them the opportunity to pass their farms along to the next generation."