Rhabdo can take athletes from workout room to the hospital 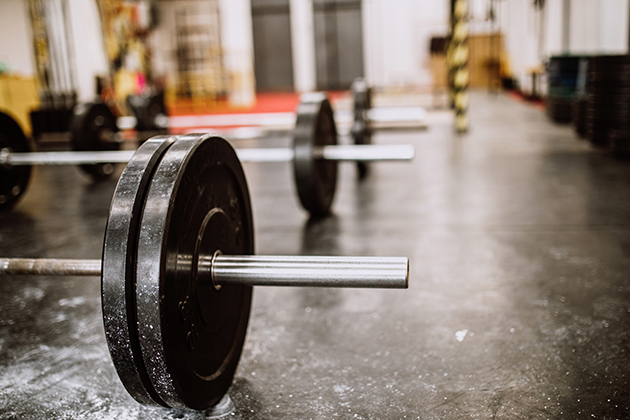 Emerging terminology has crept into the workout lexicon for coaches, trainers and teachers with news of a dangerous condition that can affect athletes, from the untrained to the elite.

Rhabdomyolysis, which causes damaged and possibly toxic muscle fibers to enter the bloodstream, got noticed recently when two Nebraska football players were hospitalized after an offseason weight-training session. "Rhabdo," as it's often called, until recently was widely considered an affliction of intense or extreme workouts such as CrossFit or spin classes. It's not limited to sports, though.

According to Medscape, the condition was first reported among soldiers who suffered crush injuries in World War II. It can also affect victims of auto accidents and falls, long-term muscle compression — for instance, when someone lies unconsciousness against a hard surface — electrical shock, lightning strikes, burns or snake or insect bites, according to WebMD. The National Hospital Discharge Survey states about 26,000 cases are reported each year.

Among those caught off-guard by the rare occurrence was University of Nebraska head football coach Scott Frost.

"I'd never heard of 'rhabdo' until a few schools had had it, and my impression was always it happens when you do some crazy military-type workout or you run the kids until they drop. I just didn't expect it to happen with us," Frost told the Omaha World-Herald.

The players, Tyjohn Lindsey and Dylan Owen, were working out with weights in a group, with team officials monitoring the activity. Days later, the players showed symptoms, including discolored urine, and they were taken to the hospital. Lindsey stayed for three days, and Owen was hospitalized for two, the newspaper reported.

Rhabdo's effects can range from weak or sore muscles to kidney damage. In the Nebraska instance — and a similar occurrence with University of Oregon football players last year — it was brought on by extreme muscle strain. But the same can happen in high-intensity workouts like spin classes.

New York kindergarten teacher Christina D'Ambrosio spent two weeks in a hospital after only one spin class because of rhabdo, The New York Times reported. In most documented cases, participants suffered the condition after their first exposure to the classes, according to the newspaper.

Symptoms also can include swollen muscles, an irregular heartbeat, disorientation, nausea or dizziness. To avoid or minimize the chances of suffering rhabdo, Harvard Medical School recommends staying hydrated, which will help keep kidneys clear of toxins, avoiding anti-inflammatories and bypassing alcohol use.

Rhabdo isn't usually easily identified during a workout, so ramping up intensity gradually is one way to stem the potential for attack. Once symptoms are present, testing by medical professionals is required to confirm.

For coaches, it's best to monitor athletes in the days after intense workouts. As with most athletic activities, diligence and attention beyond the workout room makes a difference for athletes and their coaches or trainers.