Restroom rules: Where do we go from here? 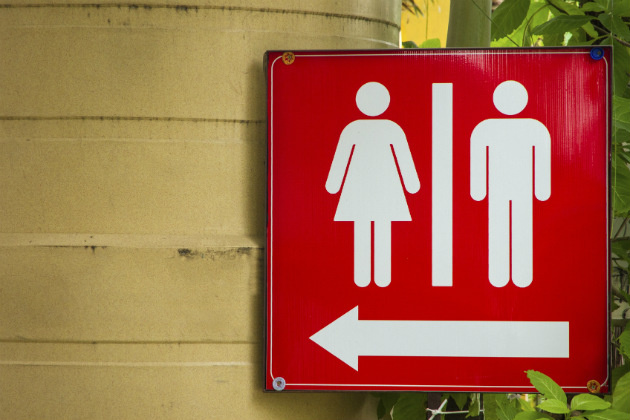 In May, a joint letter from the U.S. Department of Justice Civil Rights Division and the U.S. Department of Education Office of Civil Rights clarified for educators what schools must do to ensure the civil rights of transgendered students. The letter served not to make changes to the law, but rather to clarify that the civil rights of transgender students are covered under Title IX of the Educational Amendments of 1972.

Of the policy recommendations, none came with more debate from the American public this summer than restroom rules. When it comes to restrooms and locker rooms, according to the letter, "A school may provide separate facilities on the basis of sex, but must allow transgender students access to such facilities consistent with their gender identity."

This statement brought about debate over privacy concerns for all students in school bathrooms.

In its accompanying policy example document, the federal government highlighted transgender restroom policies from Washington State, Washoe County and the Anchorage Schools. It was noted that "some schools have policies that students must be permitted to access facilities consistent with their gender identity and not be required to use facilities inconsistent with their gender identify or alternative facilities."

Fast-forward four months after these policy recommendations were released, and as Mark Walsh of Education Week reports in this recent article, the debate over restroom rules is now playing out in the court systems. This leaves uncertainty for educators and school leaders as millions and millions of students return to school this fall.

In late August, a federal judge in Texas issued an order that temporarily blocks restroom regulation of the basis of gender identity. In his ruling, U.S. District Judge Reed O'Connor said the Obama administration failed to comply with federal rule-making procedures in violation of the Administrative Procedures Act.

This ruling sided with 13 states who sued the government over its May 13 letter, arguing that it overstepped federal authority and misinterpreted Title VII and Title IX, which bar sex discrimination in employment and education.

In Gloucester County, Virginia, the federal court blocked an injunction in early August won by 17-year-old transgender student Gavin Grimm who was seeking to use the boys' restroom at his high school. The school later won the case because, as Walsh wrote, "Justice Stephen G. Breyer joined with the court's four-member conservative bloc as 'a courtesy,' as he put it in a concurrence, to preserve the status quo and because the court was on its summer recess."

Legal experts have acknowledged that this stay harms Grimm who has mostly refused to use the separate, single-occupancy restroom that school authorities have asked him to use. He must now return to school this fall under humiliating circumstances.

As the school year starts, where does this leave school administrators who must develop policies to uphold the civil rights of all students for bathroom use?

Walsh went on to write, "Derek W. Black, a law professor at the University of South Carolina who specializes in education law, said he was surprised by the Supreme Court's stay in the Gloucester County case, given how much other litigation is percolating about transgender students in schools. 'Maybe with this stay, the court is just pressing the pause button for schools on this issue,' Black said.”

Many argue we can't afford to be on pause. The May 13 joint letter was meant to move schools forward so students like Grimm would have the equal opportunities they deserve. Alas, the debate continues.