Resistance to change in healthcare: Our fatal flaw 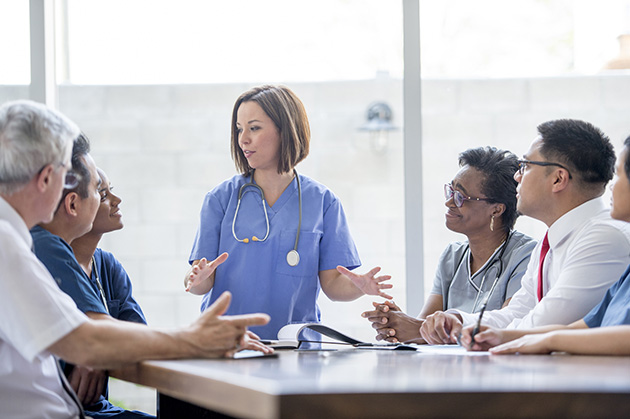 It’s been said that change is the only constant in the universe, and that also pertains to healthcare. Since the days of Hippocrates, Florence Nightingale, and many others, medicine and nursing have continued to morph, and those individuals and organizations willing to do so have also evolved apace.

But for those who resist or fight change, becoming an irrelevant dinosaur is the likely result. Are you and your organization willing to play along?

"But That’s How We’ve Always Done It"

“But that’s how we’ve always done it” are seven of the most dangerous words vis-à-vis the delivery of healthcare services. When providers use the excuse that things have always been done a certain way and don’t need to change, they clearly demonstrate a lack of creativity, poor critical thinking, and intellectual laziness.

Evidence-based medicine is probably our greatest defense against such slothful thinking. If you’re proposing a new practice algorithm or procedure, basing your proposal on the most recent, robust research is a powerful bulwark against naysayers and resisters who readily throw up road blocks to change.

While needles are still cleaned and reused in some developing countries where supplies are thin, we’ve learned in the industrialized world that reusing certain pieces of equipment is a questionable practice that can lead to very unhappy outcomes. That said, in the face of

climate change, there are innovative thinkers trying to find ways to reduce waste caused by our “use-it-once-and-discard-it” healthcare supply chain.

Meanwhile, we see positive changes in chemotherapy, the diagnosing parameters of chronic illnesses like diabetes, and how we teach nutritional concepts. Long gone are the four food groups, as are other grossly outdated patient education materials.

“But that’s how we’ve always done it” doesn’t cut it anymore, unless a particular old practice holds up under scrutiny or proposed changes lack sufficient evidence.

Homo sapiens means “wise man” in Latin,and of all humanoid species having ever lived on planet Earth, only we have survived (with some Neanderthal in our genome, of course, as we’ve learned in recent years).

Why did homo sapiens thrive while others disappeared into history? Perhaps it was mostly our willingness to learn new skills and invent novel ways of surviving using the prefrontal cortex that we developed.

And what about those other proto-humans we cohabitated with for a while? They remained in a less developed state, clinging to what they knew, and summarily vanished from sight.

In the healthcare milieu, there are naturally Neanderthals (you probably know who they are among your colleagues without even thinking) and their homo sapiens counterparts. To which camp do you and your peers belong?

Are you an intrapreneur and innovative thinker who’s always bringing your A-game to the table and helping things change in a positive direction? Do you have coworkers who always seem to throw a wet blanket over new ideas?

Science may show that humans are wired for negativity based on our evolutionary drive to survive, but there aren’t any saber-toothed tigers out there waiting to eat us (except for that mean old charge nurse you despise) and we can let down our guard and open our minds to needed, thoughtful change.

Be a Change Agent

Being a change agent in healthcare means that you naturally champion sensible change. The increased use of robotics, artificial intelligence (AI), and other technological developments may give you pause, but the tide is rising, and we must rise with it or drown.

When changes are proposed that may compromise patient safety or your ability to maintain your license, speaking up is important. Change for the sake of change is as bad as resisting for the sake of resistance.

Every facility, organization, and agency in the healthcare ecosystem needs the influence of those who will champion innovation, use critical thinking for the good of the whole, and not resist when it’s unnecessary and unhelpful to do so. Change agents and intrapreneurs are the lifeblood of healthcare organizations’ ability to evolve, and those willing to embody that spirit are worth their weight in gold.