Researchers make a huge step towards a universal flu vaccine 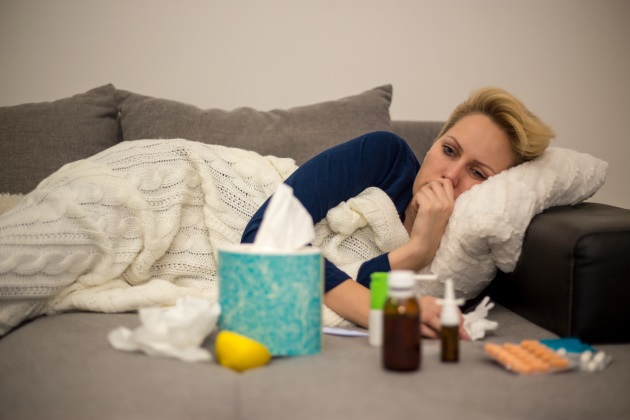 The influenza virus is a scourge that causes millions of illnesses and thousands of deaths in the United States and across the globe each year. Between 37.4 million and 42.9 million people in the nation experienced flu illnesses from Oct. 1, 2018, through May 4, 2019, according to estimates by the Centers for Disease Control and Prevention (CDC), resulting in as many as 647,000 hospitalizations and 61,200 deaths.

Flu vaccination reduces the risk of influenza illness by as much as 40 to 60% in the general population when the current flu vaccine is a good match for the influenza virus strains circulating at the time.

Researchers around the world are feverishly working to develop a universal flu vaccine that would cover all influenza strains. They may now be a step closer to creating such a vaccine, thanks to researchers at the Icahn School of Medicine at Mount Sinai, who collaborated with the international nonprofit PATH, the Cincinnati Children’s Hospital Medical Center, the University of Chicago, and the Duke Early Phase Clinical Research Unit.

The team of researchers focused their attention on hemagglutinin, which is a protein present on the surface of flu viruses. Hemagglutinin directs flu viruses to the host cell, which they then infect.

Hemagglutinin has two main components: the head and the stalk. Most vaccines target the head, which differs from strain to strain. This newest study builds on others that show using the variant protein, chimeric hemagglutinin (cHA), to target the stalk may be the key to developing a universal flu vaccine.

In short, they found that single vaccination with an adjuvanted chimeric haemagglutinin-base successfully activated antibodies and induced a broad antibody response, not only to human influenza viruses currently circulating, but also to bat and avian influenza virus subtypes.

The team tested a number of cHA-based vaccination regimens to see if they could induce the antibodies necessary to provide broad protection against flu virus infection. They published their results in The Lancet Infectious Diseases.

Research Paves the Way to a Universal Flu Vaccine

The team performed a randomized, observer-blinded study in 65 healthy adults in two medical centers in the U.S. In this planned interim analysis, the researchers used a blinded study group to assess the primary endpoints of reactogenicity and safety.

This proof-of-principle study is the first to demonstrate that a rationally designed vaccine can induce anti-stalk titers in humans. The results may pave the way for the further development of universal influenza vaccines.