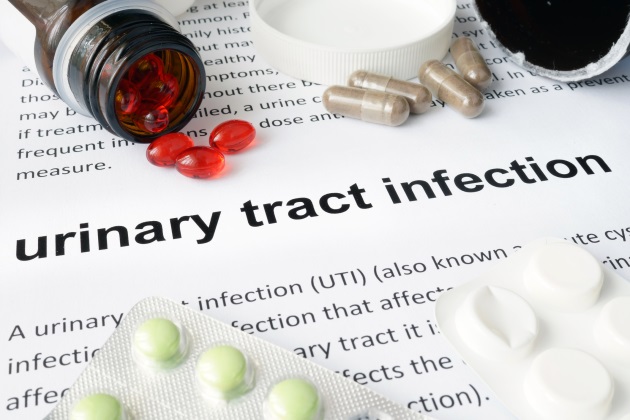 Although persistent infections can occur, in many cases UTIs result from reinfection by the same organism.

Although UTIs can be caused by a range of pathogens, the most common pathogens include Escherichia coli, Klebsiella pneumoniae, Proteus mirabilis, Enterococcus faecalis and Staphylococcus saprophyticus. This situation is further complicated by the fact that accurate diagnosis depends on both the presence of symptoms and a positive urine culture.

However, in most outpatient settings, this diagnosis is made without the benefit of culture. Patients are commonly treated with antibiotics; these treatments can result in long-term alteration of the normal micro-biota of the vagina and gastrointestinal tract and in the development of multidrug-resistant microorganisms

According to Professor Mark Schembri from the University of Queensland’s School of Chemistry and Molecular Biosciences, the problem of UTIs is magnified by increasing antimicrobial resistance, and antibiotic treatments can sometimes just stop working on some patients, with dire results.

A recent study, performed in collaboration with researchers from the University of Utah, followed a long-term recurrent UTI sufferer, using genetic analysis to find out whether the infection came from a single bacterial “reservoir” in the body. This patient had suffered from recurring UTIs for 45 years, since 1974. The longest period she had been UTI-free was 9 months.

The analysis showed the bacteria causing recurring UTIs were identical, suggesting that the patient’s infections originated from a common reservoir. To find the reservoir, researchers collected and sequenced the DNA of E. coli recovered from the patient's fecal samples.

The E. coli were the same as those that caused the recurring UTI, proving that the woman had a persistent reservoir of E. coli residing in her intestine, which was the source of her infections.

Schembri concluded that the researchers now know that bacteria can reside in the intestine for very long periods and cause recurring UTIs, despite antibiotic treatment.

Although great strides have been made in developing new strategies that might one day be of value in the treatment and prevention of UTIs, the researchers determined that more work is needed.