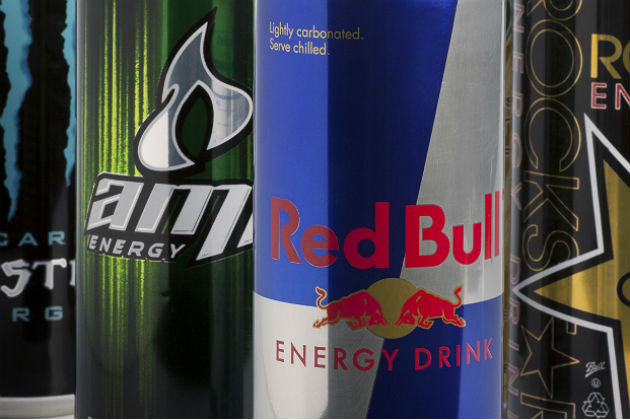 Along with an alarming rise in obesity, energy drinks are leading to increasing statistics of negative social, emotional and behavioral issues as well as other long-term health effects. Now policymakers and physician groups are coming together to push for serious sales restrictions of these drinks — especially to children under 18.

These groups point to a series of recent studies on energy drinks that have created a furor across the country.

Even as the nation has seen an incredible rise in awareness and protest against sodas, there seems to be a prevailing misconception about energy drinks being healthy. The last 15 years have seen a gigantic leap in sales for the global energy drink industry — from $3.8 billion in 1999 to about $27.5 billion in 2014.

As the studies point out, not only do these drinks have serious repercussions for adults, but they are downright dangerous for children and adolescents.

In March, research by the University of Connecticut's Rudd Center for Food Policy and Obesity showed that 96 percent of the 982 parents who participated in the survey had given their children overcaffeinated and high-sugar drinks in the previous month. These children, aged between 2 and 17 years, have been blindly consuming these drinks — and in the process causing irreparable damage to their systems.

Among the many points to be concerned about, the study revealed that emergency room visits by children in the 12-17 age group linked to energy drinks have increased an alarming 31 percent in four years: from 1,145 in 2007 to 1,499 in 2011.

Along with increased ER visits, there are also reports of increased calls to poison centers. Of these, 61 percent are about children under 18 suffering from caffeine toxicity leading to irregular heartbeats, sleep disturbances, irritability, anxiety, restlessness, delirium and even seizures. In some cases, more dangerous symptoms have been noted such as violence and substance abuse tendencies, sexual risk-taking and even deaths.

A Consumer Affairs report earlier this month stated that overconsumption of energy drinks can lead to sudden cardiac arrests, even in children. While one can safely consume about 250 mL of energy drink in a day, most energy drinks come in much larger sizes, fooling consumers about their level of safety. Cans typically come in 16-ounce sizes, which is 473 mL — nearly twice the recommended daily amount for adolescents.

The report found out that 31 percent of adolescents today consume energy drinks on a regular basis. Almost half of the caffeine overdoses reported every year include adolescent cases, propelling the urgent need to set guidelines for safe caffeine consumption in our youth.

In another similar study, researcher showed that before cardiac issues start evolving, energy drinks are spiking up blood pressure to alarming levels. For those who consume these drinks regularly, the long-term effects were found to be devastating. Scientists have pointed out how even a small increase in blood pressure can have fatal consequences, even leading to death from stroke.

And if all these examples weren't bad enough, it seems consumption of energy drinks can also fuel increased bad behavior in schools. Since these are "readily available legal highs" for children under 18, they are being consumed in increasingly excessive amounts. The result is a rise in anti-social behavior, along with health risks.

It is no wonder that scientists, doctors and interest groups are pushing for policy changes that will curb these symptoms in the populace. Restrictions in sales also need to be accompanied by a strict ban from selling these drinks to anyone under 18, just like tobacco and alcohol.