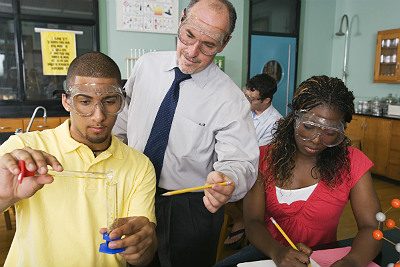 A recent report by Child Trends shows a rather disturbing trend in K-12 education.

Data garnered from the National Assessment of Educational Progress (NAEP) indicates only 18 percent of African-American and 21 percent of Hispanic fourth-grade students can be deemed "proficient" in reading. Experts think the shortcomings in our education system have disproportionately impacted them, and as a result so many of our young people are failing to achieve their potential.

While minority students are definitely affected, the numbers aren't encouraging for others either. The fourth-grade reading level is a key indicator of a child's capabilities and potential to complete high school. The report shows that in 2015 only 46 percent of white students and 35 percent of fourth-graders across the races have been deemed "proficient" in reading.

In an article for The Wall Street Journal, Juan Williams, political analyst for Fox News and columnist for the Hill, urged administrators, parents and states to adopt an attitude of urgency when it comes to American K-12 education, especially minorities' education. Drawing conclusions from the Child Trends report, he pointed out how American students are constantly being outperformed by students abroad.

According to the recent Program for International Student Assessment, the U.S. ranked 17th among 34 countries in reading. A core cause for this is the unsettling achievement gaps in education, among and across races, with millions of minority students losing out on the opportunity to flourish academically.

Williams says they are simply not taught to read well enough. The numbers greatly vary between states, with regions having the highest proportion of low-income minority students faring the worst.

However, we cannot give up hope, and there is some good news to cheer us up after all. The percentage of black and Hispanic high-school graduates that are heading off to college is definitely going up, and dropout rates are decreasing. Though most minority students are going off to community colleges rather than opt for a four-year degree, the numbers are still not as dismal as they were a decade ago.

However, 40 percent of white Americans held a bachelor's degrees in 2013, compared to just 20 percent of blacks and 15 percent of Hispanics, so educators have a long way to go to close this gap. Some have blamed the system, which is slanted in the favor of overachievers, while other have blamed persistent segregation for poor performance among minority students.

Detractors of his theory, however, point out that these problems aren't new. And Williams hasn't really come up with a viable solution either.

Efforts like the one demonstrated by Pinellas County schools in Florida will help in bringing about change and close this disturbing gap between minority and nonminority students. The district is striving to develop specific and strategic improvement plans with a focused goal for black student achievement.

This is a step in the right direction. Instead of harping on budget cuts and test scores, one can also learn much from the charter school formula. Their experiments with different sorts of programs and curricula have paid off over the years, helping students garner real knowledge instead of just being judged on their test scores.

Of course, there is much opposition to charter schools, too. The end of the matter is that there needs to more flexibility in the system so the curricula can be adapted for student demographics and performance. It should focus on bringing them to par before testing them on the same formats.