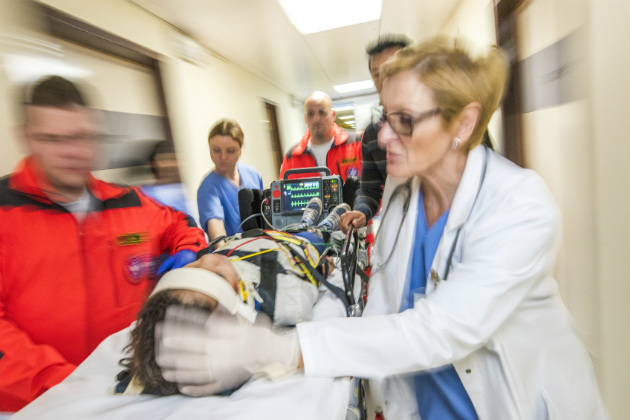 Firearm injuries have become more severe over the past 20 years, according to the results of a new study.

Researchers from Boston University School of Medicine used hospitalization data from 44 states between 1993 and 2013 to measure trends in injuries from firearms. The results showed that the severity of firearm injuries rose each year. A decline in the number of minor injuries, coupled with an increase in serious open fractures and a decrease in the number of minor injuries, was the driving force behind the trend.

The researchers presented their findings recently at the American Public Health Association's 2017 Annual Meeting and Expo. The research shows that, in both assault and unintentional injury cases, there are fewer minor injuries and an increasing number of serious open fractures.

Injuries from suicide attempts involving a firearm increased in severity as well. Previous research shows that there are more firearm deaths by suicide than by homicide, at 63.7 percent and 32.8 respectively. Firearms account for nearly half of all suicides, according to the American Foundation for Suicide Prevention.

The researchers conclude that the rising number of serious injuries is the result of better medical care — improved emergency services and response teams save the lives of people with more severe injuries.

In a press release, the authors of the study recognize the implications firearm injuries can have on individual well-being and on public health.

"The combination of increasing severity of gun injuries and better medical care that results in more gun injury survivors indicates a growing burden on the healthcare system. The acute medical care that allows people with gun injuries to survive does not mean that they have completely recovered," said Yi Zuo, MPH, study author and statistical data analyst at the Center for Clinical Translational Epidemiology and Comparative Effectiveness Research at Boston University School of Medicine.

"The majority of patients with gun injuries will live compromised lives with repeated emergency and hospitalization visits, psychological problems and social challenges. Simply put, our study demonstrates not only the additional public health burden due to nonfatal gun injuries, but also the direct burden of continued and multiple challenges to the individual."