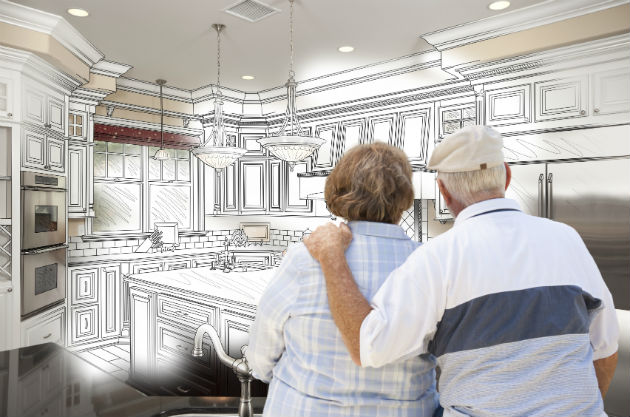 After a tepid first quarter, the remodeling industry is on course to realize one of its best years in a decade, thanks in part to weakening home sales.

Homeowners unable or unwilling to sell their current homes are deciding to refurbish them instead. Moreover, they are undertaking bigger projects and spending more on furnishings and materials.

Contrary to expectations, remodeling activity declined in the first quarter of this year. The National Association of Home Builders Remodeling Market Index (RMI) fell four points below the RMI for the fourth quarter of 2015, to 54. The outlook for future market conditions also fell one point, to 55.

Both measures indicate positive market conditions, however, and NAHB Remodelers Chair Tim Shigley speculated, "Volatility in the financial markets during the first quarter may have impacted consumers' readiness to commit to projects."

At the same time, homeownership rates reached near-record lows. Following an uptick in the second half of 2015, rates plummeted to 63.6 percent in the first quarter of 2016, the third-lowest level on record, according to an article in REALTORMag.

Rising prices, anticipated increases in mortgage rates, higher rents and consumer debt are making it more difficult for prospective buyers — especially younger, first-time buyers — to afford or qualify for a home purchase. That's bad news for the housing industry, but good news for the remodeling industry.

Many would-be home sellers are deciding to hold onto their current home — homeownership is highest among older Americans — and remodel instead. The same rising prices that are keeping some prospective buyers out of the market are increasing home values, and thus home equity, making it possible for owners to take on bigger and higher quality projects.

Unable to buy up, these homeowners are choosing to enlarge the home they have. A recent survey conducted by the NAHB Remodelers group finds demand for whole-house remodels and additions has "returned to levels not seen since prior to the downturn." Compared to 2013, whole-house remodels are up 10 percent and additions 12 percent. Requests for finished basements have increased by 8 percent.

Kitchen and bath remodels remain the most common renovations, with bathroom remodels retaining their number one position again this year. According to the NAHB survey, bathroom additions also are up by 7 percent.

Remodeler reports the trend toward opening up kitchen, dining and living areas into one open-plan great room remains strong. Mudrooms are popular add-ons in the Northeast and Midwest. The article also finds consumers are opting for better quality products, since they plan to stay in the home longer.

Industry sources are projecting strong growth for the remainder of the year. Houzz announced its Renovation Barometer for the first quarter of 2016 showed "strong quarter-over-quarter confidence" across all sectors of the industry, with practitioners reporting increases in both the number and size of projects, as well as the number of new project inquiries. Expectations are high for second quarter gains, Houzz stated.

The newly rebenchmarked Leading Indicator of Remodeling Activity (LIRA), compiled by the Remodeling Futures Program at the Joint Center for Housing Studies of Harvard University, forecasts "accelerating growth" in home improvement and repair activity for the remainder of the year. Anticipating greater activity in the housing market, LIRA projects home remodeling spending with increase by 8.6 percent by the end of the year and further accelerate to 9.7 percent in the first quarter of 2017.

Kitchen and bath designers and remodelers should expect to be busy in the months ahead, whichever way the housing winds blow.