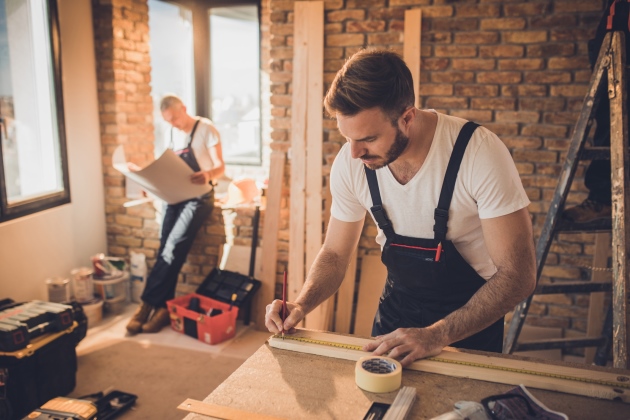 Will 2019 be another banner year for remodeling and renovation, or will firms begin to experience a softening in demand? As the new year gets underway, the answer seems to be that it depends on which part of the market you are looking at. Early indicators point to ongoing demand but a decrease in the size and value of projects.

In general, participating contractors were less optimistic about current and future demand than were architects and designers, who reported an uptick in business activity during the fourth quarter of 2018.

Contractors’ Expected Business Activity Indicator dropped seven points from Q4 2018, with expectations for new inquiries and for new projects each down seven points. Recent Business Activity for the fourth quarter of 2018 also dipped by four points. Project backlogs increased slightly in the first quarter and were up nearly two weeks from the same period a year ago.

Architects and designers, on the other hand, reported a five-point rise in business activity during the fourth quarter of 2018. First-quarter expectations show a slight rise in project inquiries, but requests for new projects remained unchanged from the previous quarter. Project backlogs have decreased slightly as well, suggesting a possible lull in demand in the early part of the year.

Both sectors cited rising costs of products and materials as the main reason customers were reluctant to proceed with new projects at present. Those sentiments coincide with the slip in consumer confidence during the past couple of months due to concerns about a weakening economy and its possible effect on employment and income.

According to a recent article for Kitchen & Bath Design News, industry economists are somewhat divided as to their growth projections for 2019. All agree that growth will remain positive but not at the double-digit levels enjoyed for the past several years.

They foresee annual industry growth of between about 3 to 6 percent. Part of that variation depends on which sectors are included in the forecast, such as disaster recovery and home repair, as well as remodeling and renovation.

These economists, too, see rising prices and labor costs as major dampening forces this year. Notes author Patrick O’Toole, "Those rising costs are getting passed along to clients in the form of higher prices. So far, clients are accepting those increases without too much push-back. But there are limits to how long clients will agree to higher prices."

The Houzz results suggest that that pushback has already started. If the housing market remains stalled, home prices continue to drop, and interest rates continue to rise, homeowners likely will cut back on new projects and/or decide to undertake less expensive projects. Under that scenario, remodelers and designers should see continued demand for their services, but with less revenue growth compared to 2017 and 2018.