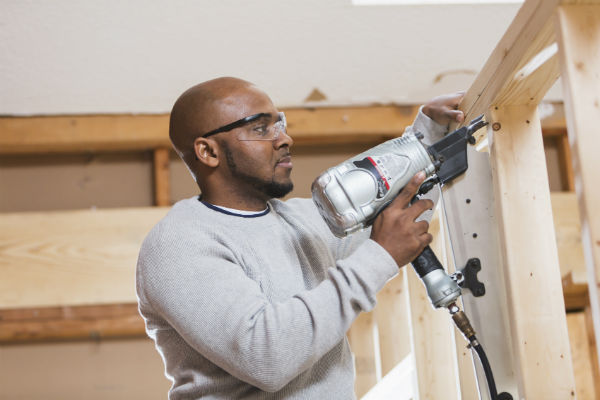 All signs point to a year of healthy growth for the remodeling industry in 2016. Indicators across all sectors of the industry are up. Remodelers, renovators, kitchen and bath specialists, designers and architects all express optimism that 2016 will be a better year than 2015 — perhaps the best year for the industry since before 2008.

Purchases of existing homes drive remodeling, as seen in the 2016 Houzz U.S. Kitchen Trends Survey, where 28 percent of respondents said they had undertaken a remodeling project because they had recently bought a home and wanted to "make it mine," and 7 percent of respondents renovated because they were planning to sell their home soon and wanted to improve its market value.

At the same time, more homeowners — especially those age 50 and older — are deciding to remain in the home they now have. With the economy and job prospects improving, these homeowners are feeling more financially secure and are now ready to undertake renovation projects they have been putting off for years.

According to the Houzz survey, 43 percent of the respondents said they could no longer stand their old kitchen, and 37 percent said they now had the means to undertake a project they had been wanting to do "all along." What's more, these homeowners are now ready to invest more in their homes and do more substantial renovations that will make the home more attractive and functional for years to come.

Based on these trends, the Joint Center for Housing Studies of Harvard University, in releasing the latest results of its Leading Indicator of Remodeling Activity (LIRA), predicts "healthy gains" in remodeling activity in 2016. The LIRA projects annual spending growth for home improvements will accelerate from 4.3 percent in the first quarter of 2016 to 7.6 percent in the third quarter.

Industry professionals who participated in the Q4 2015 Houzz Renovation Barometer and 2016 Houzz State of the Industry Report anticipate more widespread revenue and profit growth in 2016 than they experienced in 2015, according to the company's media release. Respondents were "bullish" about their prospects for the first quarter of 2016, with all areas of the country showing anticipated gains. Designers were especially optimistic, with inquiries up 29 points (one a scale of 1 to 100) over Q4 2015, new projects up 26 points, and larger projects up 10 points.

Similarly, the American Society of Interior Designers reported that results of its December 2015 Interior Design Billings Index showed designers' outlook for the next six months remained "very high" (at 67.4, on scale of 1 to 100), despite some slowdown in billings in December. While residential architects are not faring quite so well, billings in December remained in positive territory (at 59, on a scale of 1 to 100), many firms are reporting project backlogs, and the trend line shows the sector gaining momentum in Q4 2015.

Some challenges remain that could impact growth. While hiring continues to rise and employment in the industry improves, many firms are still pressed by a shortage of skilled labor. Firms also are reporting rising business costs for labor and materials. If interest rates go up — which at present does not seem imminent — that could further reduce credit in an already tight market, making it more difficult for homeowners to undertaker larger renovation projects.

Even with these possibilities looming, though, professionals remain optimistic the year ahead will bring higher revenues and potentially greater profits.