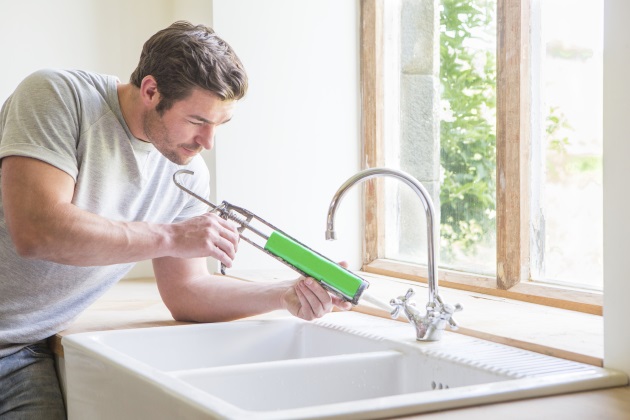 For the past several quarters, the remodeling industry has experienced exceptional growth. That trend may have run its course, though.

Industry indicators reveal activity during the third quarter of this year remained relatively flat. Experts project that demand is likely to remain strong, but that the rate of growth will taper off in 2019.

According to the latest BuildFax Housing Health Report, data from the past three months indicate the pace of remodeling is leveling out after several years of steep increases. The report finds that while remodeling activity in the third quarter of 2017 was up 1.7 percent year-over-year, activity in the third quarter of this year was down 1.77 percent.

Nonetheless, the annual rate of remodel volume, states the report, had increased by 2.39 percent as of the third quarter.

The National Association of Home Builders Remodeling Market Index (RMI), which peaked at 60 in the fourth quarter of 2017, has remained fairly constant this year, hovering between 57 and 58. It came in at 58 for the third quarter, the same as the previous quarter.

Remodelers participating in the index reported a slight increase in demand for both major and minor additions or renovations, as well as for work committed. At the same time, expectations for future market conditions stayed flat, project backlogs dropped, and requests for appointments or new proposals declined.

Among the results of the second quarter 2018 Home Design Trends Survey, the American Institute of Architects stated that single-family residential activity, while strong, slowed in the second quarter. Billings, which include additions and renovations, dipped to 57.9, compared with 61.7 in the first quarter. New project inquiries also fell, from 68.3 in the first quarter to 57.9 in the second.

The trends that have created the boom in remodeling are still in play. Many homeowners are choosing to remain in their current homes and update or improve them rather than shop for a next home.

Homebuyers, unable to find the kind of property they want, are purchasing a less desirable home and renovating. Plus, a shortage of skilled labor has created a backlog of committed projects and waiting lists for professional services. Those trends likely will continue next year and into 2020, but will gradually soften over time as the housing market changes and the number of delayed home improvement projects declines.

In addition, countervailing trends also are beginning to put a drag on demand. High prices and rising mortgage rates are keeping some would-be buyers out of the market. Fewer homes changing hands means less pre-sale and post-sale demand for remodeling services. At the same time, a recent slowdown in the growth of home prices have made some owners cautious about borrowing too much on their home’s equity, causing them to put off nonessential improvements.

Taken together, these trends suggest demand will continue to stay positive in the year ahead but not at the robust pace of the past few years. In its latest Leading Indicator of Remodeling Activity (LIRA) forecast, the Joint Center for Housing Studies at Harvard University (JCHS) projects remodeling and home improvement will achieve 7.7 percent annual growth this year, but then will begin to slow in the first quarter of 2019, dropping to about 6.6 percent by the third quarter.

It is important to keep these projections in perspective. First, because of unusual conditions in the housing market, demand for remodeling services has been at near-historic levels in recent years. But what goes up eventually will come down. Second, as JCHS notes, even with the relative year-over-year slower growth, remodelers can still expect higher-than-average gains next year.

The key take away from the latest industry data is that remodelers and designers should plan on consistent demand next year. However, they may have to work a bit harder to land those projects.