Remodeling activity to accelerate in 2017 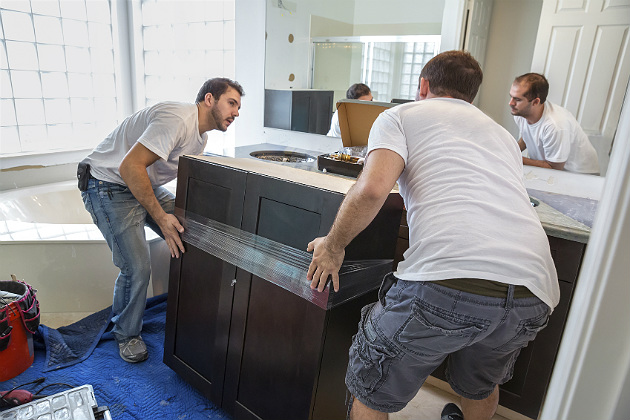 An undersupply of homes for sale along with rising home prices are spurring home renovation, repair and remodeling activity toward its highest level since the recession. With household incomes beginning to rise for the first time in years, homeowners potentially will have more money to spend on fixing up their homes.

These and other factors have forecasters predicting strong growth for the remodeling industry in the year ahead.

Challenges in the building industry have slowed new home construction, thus increasing demand for the sale of existing homes and driving up prices. This has put a squeeze on both ends of the market. Current homeowners are reluctant to sell for the purposes of buying up, while first-time buyers are having difficulty finding suitable properties.

Real estate website Zillow Porchlight reports the number of "fixer-uppers" on the market has increased significantly over the past five years. "Rising home prices and tough buyer competition may be giving sellers more flexibility to list their home for sale 'as-is,' without needing to fix it up," states the article.

These conditions have created a sweet spot for the remodeling industry. Homeowners are choosing to remodel and renovate rather than move, and new buyers are finding that making repairs and improvements to a "fixer-upper" property is often a more affordable option than competing for a newer one.

The latest Leading Indicator of Remodeling Activity (LIRA) reading from the Joint Center for Housing Studies at Harvard University forecasts "strong gains in home renovation and repair" in the first half of 2017, with a tapering off in the second half due to an anticipated shortage of existing homes for sale later in the year.

The LIRA projects the annual growth in home improvement and repair expenditures with surpass 8 percent by the second quarter of 2017. Even with activity tapering off starting mid-year, "levels of spending are expected to reach new highs by the third quarter of next year," according to Abbe Will, research analyst in the Remodeling Futures Program at the Joint Center.

In its Quarterly Housing Webcast for the fourth quarter of 2016, MetroStudy offers an even more optimistic forecast.

Noting an undersupply of available, affordable housing along with improved employment and household income, Metrostudy chief economist Mark Boud states his model — which projects the market for the next five years — shows remodeling activity "heating up" in the next two years. As well as a "dramatic increase" in activity at around 4.2 percent annually, Boud foresees increased activity spreading more evenly, reaching more areas of the country.

Signs of growing momentum can already be seen in some recent industry indicators.

The National Association of Home Builders announced its Remodeling Market Index for the third quarter of this year rose four points over the previous quarter, to 57. Remodelers reported increased demand for major and minor additions, each up two points. Future indicators were up five points overall, at 58, including a six-point jump each in calls for bids and appointments for proposals.

Houzz relates its Renovation Barometer for the third quarter of 2016 reveals an uptick in activity, with "readings across all industry groups (60-72 out of 100), reflecting widespread industry confidence in quarter-over-quarter market gains."

Respondents across all sectors — which include general contractors, remodelers, design-build firms, architects and designers — are generally positive about the outlook for the fourth quarter, adjusting for an expected seasonal slowdown. Remodelers and general contractors as a group have fared better than architects or designers, although designers did experience positive growth in the third quarter.

Some of this projected growth, especially in terms of dollars, will come from DYI remodels and repairs. But as owners and buyers invest more money in their homes, they are turning more frequently to professionals for assistance. The latest Houzz Bathroom Trends Survey, for example, finds hiring of a professional for a master bathroom renovation rose from 78 percent in 2013-14 to 90 percent in 2015-16.

With all those "fixer-uppers" out there, kitchen and bath remodelers and designers should have plenty to keep them busy in 2017.