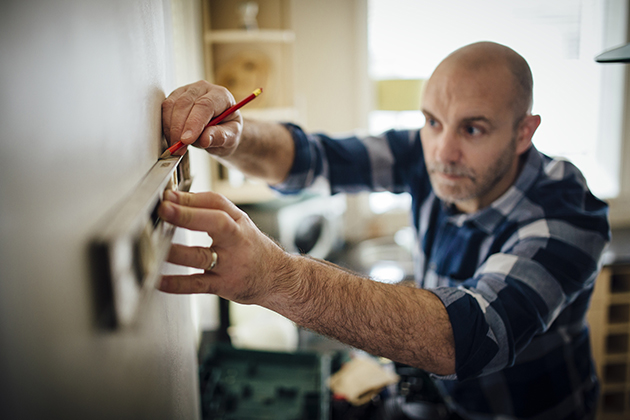 Riding a solid growth trend at the end of last year, remodeling activity continued its upward trajectory in the first quarter of 2018.

Business indicators were positive across the board, with remodelers reporting increases in projects and revenues. Industry experts forecast sustained growth throughout 2018 and into 2019.

In releasing the results of its Q1 2018 Residential Remodeling Index (RRI), MetroStudy announced remodeling activity in the first quarter had its strongest year-over-year performance in four years and strongest quarter-over-quarter performance in five years. The RRI reached an all-time high of 112.9, up 1.6 points from the previous quarter. The Index has now recorded 24 consecutive quarters of gains since 2011.

The report finds activity increased throughout the industry. Homeowners undertook more projects, larger projects and more expensive projects in the first quarter, compared to the same the previous year.

According to Mark Boud, chief economist at Metrostudy, "Remodeling activity is being driven by solid gains in employment and rising home values, factors that are giving homeowners the confidence to invest in their homes." Although it is too early to tell for certain, said Boud, some homeowners also may be increasing their remodeling budgets as a result of seeing more money in their paychecks due to the new tax laws.

Following the first quarter results and market projections, the Joint Center for Housing Studies (JCHS) at Harvard University revised its earlier Leading Indicator of Remodeling Activity (LIRA) of home improvement spending downward slightly, from 7.5 percent annual growth to 7.0 percent growth for 2018 and into the first quarter of 2019. While acknowledging overall positive conditions for the industry, JCHS noted that the current slow growth in sales of existing homes could inhibit home improvement spending later in the year.

Noting other challenges, the National Association of Home Builders (NAHB) reported that its Remodeling Market Index (RMI), which measures home remodelers’ confidence in current and future business activity, fell three points in the first quarter from its reading in December 2017. Although still well within positive territory (57), the Q1 reading reflects remodelers’ concerns that higher prices for labor and materials were driving up costs and extending delays for projects, said the NAHB.

Eventually, that could translate into uncollected revenues for the year. Remodelers’ expectations for future business also dropped by 4 points from the previous quarter.

Similarly, the Houzz U.S. 2018 State of the Industry Report finds that while remodelers are optimistic about increased revenue growth this year, as a group they anticipate it will be somewhat lower than in 2017 (10.5 vs. 10.6 percent, respectively). Again, their main concerns are the rising cost of labor paired with an ongoing shortage of skilled labor. They also anticipate product and materials costs to increase throughout the year.

Barring any major, unexpected downturns, consumer confidence in the job market, the economy and the housing market should help to sustain spending on remodeling during the remainder of the year. Homeowner equity reached a new high in the first quarter and has continued to rise in the second quarter as home prices escalate.

That and some growth in real income due to salary increases and lower taxes are providing the incentive homeowners need to undertake renovation and improvement projects they have delayed up to now.