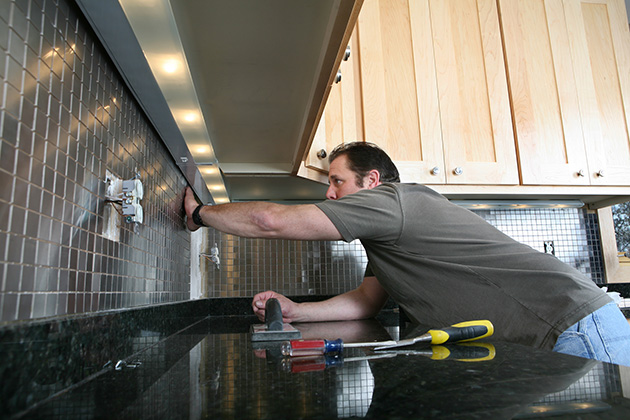 Consumers have a lot to be happy about. Job growth is strong, household incomes are increasing, inflation and interest rates are low, and the economy keeps chugging along, defying warnings of bubbles bursting and an impending recession. That optimism has been good for remodelers, who are benefitting from consumers’ willingness to spend and invest in their homes.

Spending on home improvement surged in the month of December, according to recent reports.

The December BuildFax Housing Health Report found existing housing remodel volume increased 4.6% year-over-year and spending on remodeling was up nearly 11%. Similarly, the Home Improvement Research Institute (HIRI) observed that home improvement spending is on the rise, stating in its Q4 2019 Consumer Project Sentiment Tracking Study that homeowner project planning in the fourth quarter of 2019 ended on “a strong note.”

Homeowner surveys confirm this trend. A study released in November by newcomer online kitchen and bath specialty retailer Hausera reports that nearly two-thirds (64%) of homeowners said they planned to remodel a kitchen, bath and/or laundry room within the next two years (down from 84% who said they had done so in the past two years).

In addition, those who planned to do so expected to spend more on their project than did those who completed a project in the past two years. That finding accords with the 2020 U.S. Houzz Kitchen Trends Study, which relates that the median spend on major kitchen remodeling projects in mid-2019 was up 17% from a year ago.

Remodelers have taken notice of this rise in demand. The National Association of Home Builders announced its Remodeling Market Index (RMI) posted a reading of 58 in the fourth quarter of 2019, up three points from the previous quarter, with requests for major additions and alterations up four points. Remodelers also reported an increase in requests for bids and in work committed for the next three months (each up three points), resulting in a five-point jump in project backlogs.

Remodelers responding to the 2020 Q1 Houzz Renovation Barometer also indicated increased activity in project inquiries and committed projects in the fourth quarter (up two points from the third quarter), as well as an increase in project backlogs. As a result, remodelers anticipated that demand would remain steady throughout the first quarter of 2020.

In addition to strong consumer confidence, rising home prices and low mortgage rates are fueling the demand for remodeling. Homeowners are choosing to refinance and renovate their current homes rather than purchase a next, more expensive home.

On average, people are staying in the same home longer than they ever have. The BuildFax report points out that the rate of Americans moving slowed to 9.8% in December, its lowest level since 1947.

While that does not bode well for the housing market, it is a boon for remodelers. Nearly 7 in 10 of the homeowners in the Hausera survey said they had hired a pro to help with their project, and more than 8 in 10 respondents to the Houzz kitchen study had done so.

Forecasters project that spending on home improvement will begin to slow down later in the year. For the time being, however, homeowners seem willing to invest in improving the home they have, whether for the long haul or to prepare it for sale, and that includes hiring a pro to be sure it’s done right.