Reimagining the schools of tomorrow 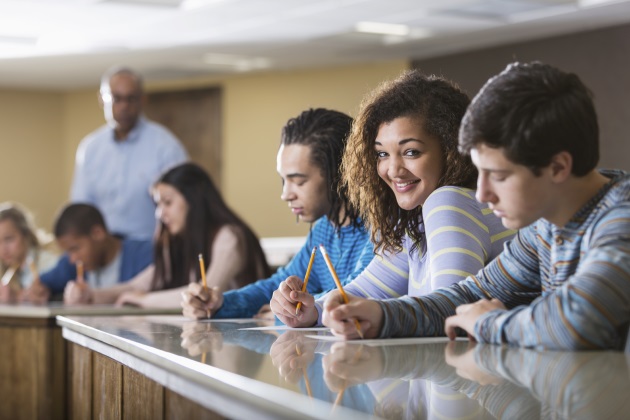 Earlier this fall, movie enthusiasts rejoiced at the arrival of Oct. 21, 2015, the actual date that a young Marty McFly traveled back in time to fictitious Hill Valley, California, to save his children in the hit 1989 movie "Back to the Future II." Director Robert Zemeckis introduced us to a world in 2015 that looked very different from the one we knew.

Although we don’t have flying cars and food hydrators, we do have drones, video conferencing, hands-free video games, and video glasses. Sadly, however, Marty McFly would find almost no differences in Hill Valley High School from 1989 to 2015. In fact, he may not see many differences from the Hill Valley of 1955, the year he traveled to later in that same movie.

Why have we made so much progress as a society, yet our schools continue to operate in much the same way as they have for decades? In a recent Ed Week article, William Tolley asked "Why the Factory Model of Schools Persists, and How We Can Change It?" He talked about how great innovators like Sir Ken Robinson laid the foundation for change back in 2006 in his now-famous TED talk, "Changing Educational Paradigms."

Annually, conferences like Learning2Asia, ISTE, and Learning2 bring together educators who are already doing great education reform work in their schools, those who, as Tolley described, are "lucky enough to work with carefully nurtured students at financially stable international schools that encourage and underwrite employee participation in such events; schools that provide teachers and students with the technological infrastructure to support innovative learning."

Tolley suggests that it will be these "lone nuts in innovation" that, with support from organizations such as Learning2, will be inspired to bring change to their schools and school systems.

"The institution is subsidizing lone nuts: They want the inmates running the asylum. The push for change isn’t being met with pushback from above; the revolution will not be televised, it’s being subsidized." Tolley goes on to suggest that innovative efforts from educators at the classroom and school level will fail if we cannot find ways to change the educational endgame for our students.

He writes, "Imagine if the mission given to educators was to 'make your students feel fully alive.' Then the change hoped for by the attendees at innovative learning conferences might have a chance. But the reality is that no matter how well we learn how to hack and disrupt our schools, our best intentions for changing the factory model will fail as long as our efforts culminate in the calibration of our students to factory standards for the college admissions process or the workplace."

Several organizations have stepped in to help develop policy at the Federal and state level to foster education innovation. One such organization is The International Association of K-12 Online Learning (iNACOL), the organization that has recently published the "2015 State Policy Frameworks: 5 Critical Issues to Transform K-12 Education." These actionable recommendations for state policymakers include the following:

The timing of the policy work could not have been better. House and Senate lawmakers have been working hard through negotiations on a bill for the reauthorization of the No Child Left Behind Act.

As a result of the new bill, many of iNACOL’s recommendations may very well become a reality in the next several years in schools across the country. This is great news for education advocates, and for the "lone nuts in innovation" that Tolley described. A new era is dawning, and it is time to start reimagining the schools of tomorrow.