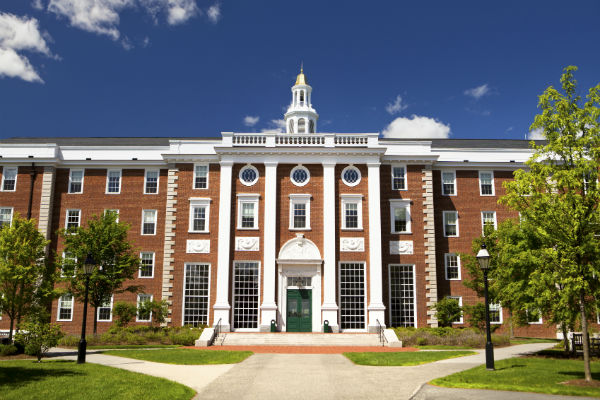 A Pew Research Center analysis in 2015 showed how international students have steadily outpaced Americans students, especially in STEM degrees. There is also a growing knowledge gap among students within the country that is detrimental to indigenous progress.

Governments, districts and administrators have been arguing about fixing the education system for a long time. Progress has been made, but recent years have also seen continuous conflict of policies, especially in regard to performance and knowledge gap.

It takes a bold plan to bring about real change, and that's exactly what the world's leading university wants to do. Harvard University is working with six cities to transform, improve and reinvent their education systems. Called "By All Means: Redesigning Education to Restore Opportunity," this multiyear initiative is just the first step for the think tank.

Instead of focusing entirely on the schools — as policymakers and administrators have been doing so far — they will redesign the system by looking at social, economic and demographic factors affecting children's lives. In-school factors like teacher quality and student performance are important, but that is insufficient intervention to bridge the current knowledge gap from which U.S. students are suffering, compared to their international counterparts.

What's needed are the aforementioned external factors that will combine with traditional ones to create the conditions for better achievement and student success.

Launched in February, the program will include school superintendents, government representatives and community leaders from six cities along with a consultant sent by Harvard to form the "children's cabinet." This core group will focus on sharing best practices and helping kids achieve specific childhood development goals to ready them for success. They will design and implement new and effective strategies through intensive brainstorming sessions, in order to meet all children's needs, closing their achievement and opportunity gaps.

The six cities in question are Oakland, California; Providence, Rhode Island; Louisville, Kentucky; and Salem, Newton and Somerville in Massachusetts. These cities were selected their "distinguished record and a broad conception of their roles in ensuring children's success."

The project will identify potential barriers and track the cities' momentum for student success. The Education Redesign Lab of the school will run the project, under the aegis of the lab's founding director and former Massachusetts Secretary of Education Paul Reville.

The idea is to break the traditional barriers to success and get more preschool kids ready for kindergarten, more high school kids ready for college, and more college graduates ready for the job world. The Harvard think tank will use its deep knowledge base to advance the understandings of mechanisms that perpetuate the lack of educational opportunity and inequality through thoughtful policy and collaborative action.

Their strategic, evidence-based approach will offer comprehensive and 360-degree development for future students. The project has immense potential, and one of the key reasons for that is the objectivity that Harvard provides, vis a vis the school districts, states and administrators.