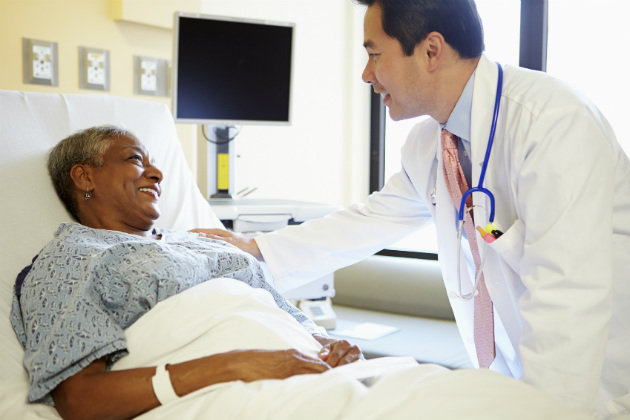 Every day, our nation is becoming more diverse — in classrooms, workplaces, neighborhoods and communities.

According to a 2010 study from the United States Census Bureau, "The Two or More Races Population: 2010," the number of biracial Americans (reporting themselves as both black and white) grew by more than 1 million people between 2000 and 2010, a 134 percent increase. Similarly, people who reported their race as both white and Asian grew by about three-quarters of a million people, an 87 percent increase.

A 2015 Pew Research Center article, "Multiracial in America, Proud, Diverse and Growing in Numbers" described a survey that said 60 percent of multiracial adults were proud of their mixed-race background, while 59 percent felt their racial heritage made them more open to other cultures.

Overall, biracial adults who are both white and black are three times as likely to say they have a lot in common with people who are black than they do with whites (58 vs. 19 percent). On the other hand, biracial adults who are white and Asian said they have more in common with whites than they do with Asians (60 vs. 33 percent).

The health of all racial and ethnic groups is key to our public health. Unfortunately, racial and socioeconomic disparities still exist. For example, the Centers for Disease Control and Prevention (CDC) found the life expectancy between black Americans and white Americans varies significantly. On average, black Americans die 3.8 years before white Americans due to higher rates of heart disease, cancer, homicide, diabetes and perinatal conditions.

Healthy People 2020 defined a health disparity as "a particular type of health difference that is closely linked with social, economic and/or environmental disadvantage. Health disparities adversely affect groups of people who have systematically experienced greater obstacles to health based on their racial or ethnic group; religion; socioeconomic status; gender; age; mental health; cognitive, sensory or physical disability; sexual orientation or gender identity; geographic location; or other characteristics historically linked to discrimination or exclusion."

Health disparities are evident in the United States. The health of black women affects their babies and places these mothers at a higher risk for pregnancy and birth complications. According to the U.S. Department of Health and Human Services, the Office of Minority Health, the infant mortality rate among black infants is 2.2 times higher than that of white infants. Black infants are 3.5 times as likely to die as infants due to complications related to low birth weight as compared to white infants.

Socioeconomic status (SES) is a key determinant of racial disparities in health. Researchers found blacks had higher blood pressure and inflammation even after adjustment for income, education, gender and age. Blacks maintained high-risk profiles even after adjusting for health behaviors (smoking, poor diet, physical activity and access to care).

Access to and coverage of medical care is another social disparity in health in the U.S. In 2009, blacks under age 65 were less likely than whites to have health insurance (81 percent compared with 83 percent).

What we should do to resolve health disparities

Public health agencies at the state and community levels should play an important role in providing key resources regarding health insurance availability and insurance coverage. The Office of Disease Prevention and Health Promotion offers the Healthy People 2020 website, and the American Public Health Association (APHA) created a series of webinars about racism's impact on public health.

Healthcare disparities remain a crucial issue in the United States. It is the public health professionals' duty to address the racial and ethnic disparities in health, identify the determinants of disparities, and document various risk factors and environmental exposure among different ethnic groups. Our focus should always be to eliminate disparities (in healthcare access and health outcomes) and achieve health equity for all mankind, regardless of their skin color or the language they speak.

"Whether we like it or not, we have all been born on this earth as part of one great human family. Rich or poor, educated or uneducated, belonging to one nation or another, to one religion or another, adhering to this ideology or that, ultimately each of us is just a human being like everyone else: We all desire happiness and do not want suffering. Furthermore, each of us has an equal right to pursue these goals." — Dalai Lama

Dr. Samer Koutoubi is currently the program director of Public Health at American Public University. He earned his Ph.D. in dietetics and nutrition from Florida International University in 2001 and his M.D. degree in 1988 from Iuliu Hațieganu University of Medicine and Pharmacy in Cluj-Napoca, Romania. Dr. Koutoubi's research focuses on coronary heart disease among tri-ethnic groups, including African-Americans, Caucasians and Hispanics. His interest is in disease prevention and wellness, epidemiological research, cardiovascular disease and nutrition, homocysteine metabolism, lipoprotein metabolism, and cultural food and health. Dr. Koutoubi has also authored a number of articles in peer-reviewed journals. He served as editor-in-chief for The Internet Journal of Alternative Medicine and reviewed manuscripts for The Journal of Alternative and Complementary Medicine, Ethnicity and Disease Journal, European Journal of Clinical Nutrition, and The Journal of The National Medical Association.