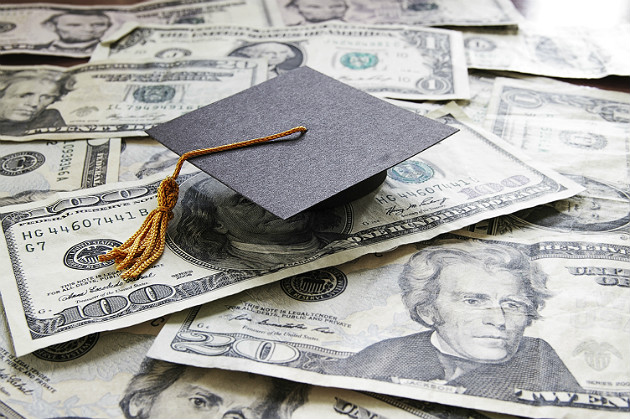 The Qualified Zone Academy Bonds (QZAB) program has been in existence for 15 years, yet most superintendents know little about it. Therefore, in some states these bond funds go unused year after year until they run out of time and essentially evaporate.

The intent of this short piece is to outline the basics of QZAB and show where more information can be obtained. Let's begin to unravel this secret funding source, which is a great way to secure funds for improving schools and student achievement.

QZAB was created by Congress in the late 1990s. It began as a means to address the renovation (not new construction) of school facilities, but it evolved into something more comprehensive.

Those were the days when Congress actually compromised to pass legislation, so what was originally a zero-interest bond concept for schools with 35 percent or more free/reduced meal students morphed to include renovations, equipment, technology and energy conservation. The organization or individual who buys the bonds receives a predetermined federal tax credit, which is usually set for 20 years.

The most significant changes were to add requirements that schools had to include a partner who would match 10 percent of the QZAB bond amount as a private contribution and that partner, along with school personnel, had to design and implement a new academy. These two requirements have caused some superintendents to shy away from QZAB and created some angst in others when audited by the IRS. Yet these requirements are relatively easy to comply with as long as schools find a legitimate match partner as described below.

QZAB is a great program for superintendents to use to upgrade facilities, save money and improve student achievement without any out-of-pocket expenses. Every school district has some need to fix or enhance a building, to purchase equipment or technology, or to conserve on energy. QZAB academies can significantly help raise student achievement when used appropriately. Staff morale and community pride can become better when such matters are addressed with QZAB.

The QZAB program is administrated by states, almost always by the state department of education and usually in the facilities division. An exception is

Congress typically authorizes QZAB every other year for two years at a time. The allocation has been $400 million per year. Each yearly allocation is available for three years. Therefore, at times there can be over $1 billion available nationally.

Each state receives an allocation based upon the poverty level in that state. Currently, there is roughly $450 million nationally still available. Reauthorization by Congress for future years might hinge on school districts using more of the already available QZAB funds.

The main attraction to QZAB is the fact that the bonds are at no interest (although depending upon market rates for bonds, some banks charge a fee for purchasing or selling these bonds) for the school district. Only the principal has to be repaid over 20 to 25 years. When compared to conventional bonds with an interest rate, school districts and taxpayers can save millions by using QZAB.

Some savvy superintendents get approval for QZAB bonds prior to or immediately after a public bond issue to save millions of dollars in interest. The public vote on the bond issue — usually on property taxes — provides a means for paying the principal on a large QZAB.

Obtaining approval before a public vote gives a superintendent another rationale for convincing the public to support the bond issue at the ballot box, i.e., by gaining state approval for no-interest QZAB in advance, the taxpayers are saving millions of dollars.

Other savvy superintendents identify projects that meet the QZAB requirements, which will save the school district money in regular or capital budgets. The most typical projects are related to energy conservation or renewable energy.

Utility cost savings always cover the bond payments in fewer years than the bonds extend. For example, it might take five years of energy savings to completely pay off a 20-year bond. Hence, a superintendent could then pay off the bonds or continue using the money as a free loan.

Of course, the required 10 percent match is something to tout with board members, staff and the public. Since a school district can apply for up to $30 million per year in QZAB, this match is worth $3 million as a contribution on top of the QZAB amount.

However, there are instances where superintendents or school districts have gotten in trouble when trying to cut corners with QZAB. There are three main areas where unfavorable IRS audits have suspended QZAB projects or compelled immediate repayment or produced negative press. As the IRS has become more familiar with QZAB, the regulations should be followed without attempts to skirt the rules.

The first and main potential problem is not having a legitimate match partner. Unfortunately, there are vendors who offer a fake match as an enticement to purchase something else from them. Legally, the match has to have a dollar value of at least 10 percent of the QZAB in cash or goods and services with documented value below the marketplace.

According to the QZAB regulations in most states, the match requirement can be met in other ways such as using volunteers. However, this necessitates the establishment of a marketplace hourly rate consistent with the type of work performed and the skills/experience of each volunteer, along with an accounting of the number of hours contributed. To be safe using volunteers, this should be a new volunteer program and, of course, it has to be directly linked with the academy, which also has to be new.

The second possible problem is that QZAB requires a new academy to be established with the match partner as a public/private partnership. The academy does not have to be a separate school or program. However, it does have to be designed with the match partner to address the rigorous demands of college and the workplace. There is also some emphasis upon improving graduation rates with STEM as the theme of the academy.

A red flag would be calling an old program an academy or citing a new reading curriculum as an academy when that curriculum was going to be used anyway. Deviations from the spirit of QZAB may bring unwanted questions. It is just as easy to work with a partner to create a viable academy that increases student learning.

The third potential problem is signing on with a vendor who promises to get the bonds sold for 2 percent of the QZAB bond proceeds and who implies that nothing else is necessary (like the match or academy). QZAB does include a provision that up to 2 percent of a state-approved QZAB can be used for issuance costs. However, unless the QZAB is for a small amount, a school district should not have to pay the full 2 percent for a bond attorney, financial advisor or any bank fees. (Some districts have no noticeable issuance costs.)

The most difficult or time-consuming matter connected with QZAB is deciding how to spend the money. The applications are generally simple. The key may be finding a comfortable match partner who can help a district produce a successful application and, more importantly, help implement a successful academy for students, while upgrading the school environment. School districts are also well advised to do business with partners who live up to all QZAB requirements and have a positive track record with the IRS.

Dr. Arthur W. Stellar was named vice president of the National Education Foundation (NEF) based upon his knowledge of school operations and his drive. This foundation assists school districts in many ways, including the acquisition of Federal QZAB funding. Stellar is also vice president of CyberLearning, a subsidiary of NEF. Stellar served as superintendent of the Burke County Public Schools in North Carolina, which was named one of the five "most productive" districts in the state by the Center for American Progress. Burke County Public Schools was also identified by Augenblick, Palaich and Associates as one of the 14 "highest achieving" and "lowest spending" districts in North Carolina. He led a financial turnaround going from a $3.5 million deficit to an $8.5 million-plus positive balance in less than two years.