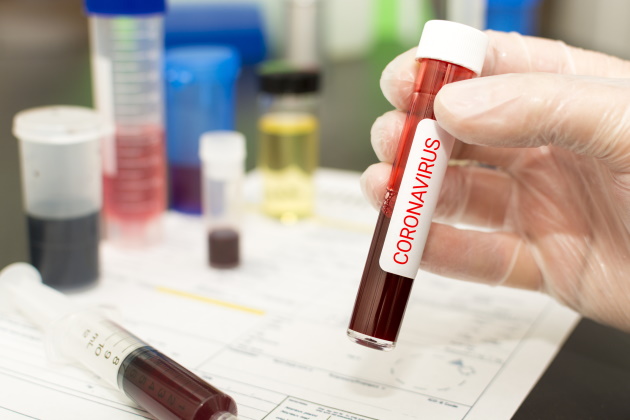 As China’s coronavirus (COVID-19) spreads, the federal government in the U.S. has a limited health preparedness infrastructure in the event of a stateside pandemic viral outbreak. Instead, public health precautions taken by communities and hospitals must shape a proactive response to a global threat still in its nascent stages.

As of Feb. 19: “An analysis of 44,672 COVID-19 patients in China whose diagnoses were confirmed by laboratory testing has found that 1,023 had died by Feb. 11, which suggests a fatality rate of 2.3 percent.” Updates suggest the number is closer to the 2,000 mark, with more than one-tenth of the population homebound under some kind of restrictions about outside contact.

COVID-19 is more contagious than the flu or SARS. The equivalent of China’s CDC reports that it has spread rapidly, “despite extreme efforts to contain it.” Fifteen U.S. residents have tested positive for the virus, prompting early stage preparations for hospitals — especially emergency services. Stateside, global health crises like a potential pandemic, mandates policy, procedure, and facility infrastructure reviews — all of which are sorely lacking today.

National security measures in the event of a rapidly spreading deadly pandemic have changed since the Ebola outbreak in Africa: “In 2014, to address the epidemic at its source in West Africa and prepare for and respond to cases in the United States, a massive whole-of-government effort was required along with a dedicated coordinator in the White House.”

This was a “dedicated unit” called the Pandemic Preparedness and Response Directorate within the National Security Council.

While nuclear weapons modernization, historic levels of military spending, environmental deregulation, and social service cuts continued apace in 2018, the Pandemic Preparedness and Response Directorate was eliminated, too. The public health infrastructure lacks a federally coordinated response team in the event of a pandemic crisis such as COVID-19.

Alongside public health/universal healthcare advocates, some politicians call for a serious upgrading of the pandemic preparation infrastructure. U.S. Sen. Chris Murphy, a Connecticut Democrat, notes Trump’s pandemic prep cuts: $100 million cut to the Pandemic Preparedness account in Fiscal Year (FY) 2019 and another $50 million cut in FY 2020; a FY2019 $260 million decrease in funds to the Public Health and Social Services Emergency Fund; and a FY2020 $100 million cut to the National Center for Emerging and Zoonotic Infectious Diseases.

These cuts leave the bulk of national response plan responsibilities to the Centers for Disease Control, state, and local entities. (And military command chains.) There is no federal health team networking the vast web of government agency bureaucracies in response to the COVID-19.

Instead, there’s an ill-equipped task force: “The White House has announced a Coronavirus Task Force led by Secretary of Health and Human Services Alex Azar. This is all well and good — but when it comes to resolving the inevitable disputes between agencies and dedicating the necessary time to as wide ranging and complex a challenge as COVID-19, a single cabinet secretary simply can’t do it all and run an agency at the same time.”

A task force and tightened travel restrictions summarize this administration’s current coronavirus response. Meanwhile, obvious areas of improvement include more hospital beds. NPR recently reported on limited hospital access: “Since 1975 the number of hospitals in America has declined by 30%... Meanwhile, annual ER visits have increased by nearly 50 million since 1995.”

And you can add inefficient management of current facility space on top of dwindling beds: “...inefficiency rather than insufficient beds as the root cause of boarding. Other sources of inefficiency include restricting certain beds to certain specialties, skeleton staffing during nights and weekends and poor discharge planning.”

Increasing hospital and clinic facilities, trained with necessary medications and equipment — and comprehensive assurances of maximal public healthcare in a pandemic event — is the tip of the iceberg, and a good place to start as a thorough federal response in a nation notorious for privatized healthcare, for-profit hospital networks, and other healthcare access obstacles.

As universal healthcare isn’t even a guarantee of viral immunity, potential pandemics interrogate the absence of minimal prevention mechanisms, allowing all U.S. residents access to free medical care without fear of reprisal, or worse, hospital bills.

Instead, U.S. residents face a politicized response to this pandemic threat in the form of travel restrictions. A recent Lancet articleexplains how travel bans violate international health regulations.

This is a tricky subject: banning travel during virus outbreaks. The Lancet explains restrictions don’t help: “...travel restrictions prevent supplies from getting into affected areas, slow down the international public health response, stigmatise entire populations, and disproportionately harm the most vulnerable among us.”