Professor claims cure for CWD, but others aren’t sure 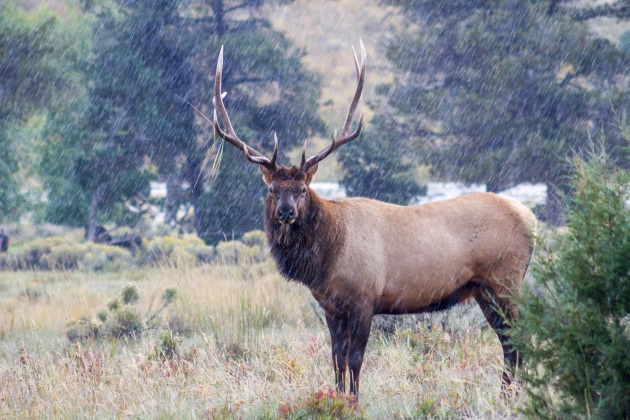 The United Sportsmen of Pennsylvania (USP) turned a lot of heads in the hunting community during a press conference at the state capitol in Harrisburg in February when they announced that a cure to Chronic Wasting Disease (CWD) may be close at hand.

During that conference, the group declared that Dr. Frank Bastian of the Louisiana State University Agricultural Center has made a breakthrough in his research of the disease. USP is partnering with Bastian to help support his continued research.

CWD is a transmissible spongiform encephalopathy (TSE) similar to mad cow disease, scrapie, and Creutzfeldt-Jakob disease. CWD is always fatal and has a very long incubation period. This means infected creatures will not show symptoms for several months or years, but can still infect other animals. There have been no documented cases of humans contracting CWD to date, but many people fear that the disease will eventually make the jump from cervids to humans.

Abnormal proteins called prions are the generally accepted cause of TSEs in the scientific community. Contrary to prevailing theories on the subject, Dr. Bastian claims that CWD and other TSEs are actually caused by a type of bacteria known as Spiroplasma and that that prions are merely a byproduct of the bacterial infection.

The USP representatives stated that Dr. Bastian hopes to develop a portable CWD test kit within the next 12-18 months so that hunters can determine whether or not the deer they have killed is infected with CWD at the site of the kill. They also announced plans for a CWD vaccine for captive deer and elk within 2-3 years and eventually even a vaccine for wild deer and elk.

During the press conference (which you can watch in its entirety at the top of the article), USP also announced it will receive the portable hunter test kits and vaccines as soon as they become available for field testing.

Needless to say, the group has made some very bold assertions during that press conference and many people are understandably skeptical of Dr. Bastian’s conclusions. For instance, the Pennsylvania Game Commission issued the following statement in response to the USP press conference:

“Following today's press conference on Chronic Wasting Disease (CWD), the Pennsylvania Game Commission and Pennsylvania Department of Agriculture would like to make clear that decades of research have provided abundant evidence that prions, or misfolded proteins, are the infectious agent of CWD, and this hypothesis is accepted by state agriculture and wildlife agencies across the U.S.

While alternative theories exist, they have not been thoroughly researched.”

On the other hand, other wildlife officials are expressing a desire to know more about his research. The Wildlife Bureau executive director for the Mississippi Department of Wildlife, Fisheries, and Parks, Russ Walsh, had this to say:

“There’s a lot of questions if it is indeed credible science. We’re not discounting it, but we want to know more.

The fact that Dr. Bastian is offering a different theory regarding the origin of CWD from the mainstream scientific community doesn’t necessarily mean he is wrong. Indeed, it’s certainly possible that he is correct in his assertions. If true, this development is great news.

Let’s not get carried away, though. At this time, there is still no known cure to CWD and the best we can hope for is to slow the spread of the disease until someone, whether that’s Dr. Bastian or somebody else, develops a proven cure or vaccine.