Pricing for profit in warehousing 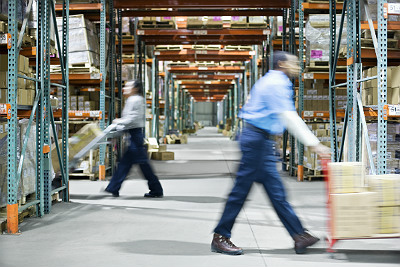 Many logistics firms experience both cost pressures and price pressure. Most logistics executives believe the primary function of logistics activity is reduction of costs. Given this environment, logistics service companies are naturally cautious about price increases.

In today's post-recession marketplace, it is extremely difficult to adjust prices in the absence of rising sales volumes. Cutting costs is even tougher, since most companies have already pared them to the bone. This is certainly true in logistics services, including warehousing.

High-tech manufacturers are able to raise prices when they add features — smartphones are a prime example. Vendors of luxury goods rely on the magic of the brand to permit high prices and wider margins. But it is hard to find an Apple or a Tiffany in the logistics service industries.

A study of the logistics industries

Simon-Kucher completed a global pricing study in 2012, and they isolated logistics companies (6 percent of the sample). Their findings are based on more than 2,700 valid responses, from 23 countries across Europe, the United States and Asia.

With respect to the logistics segment, the consultant concluded this industry needs to make pricing a topic for C-level executives in order to develop better margins. They found that only well-implemented price increases result in higher profits.

While more than half the logistics companies increased their prices, only two-thirds reported that their profit margins also improved. Almost three-quarters of the respondents said they cannot charge the prices they deserve. They blame this on an overly aggressive competitive environment, commoditization of logistics services and customers' strong negotiation power.

The study found profits increase when CEOs take an active role in pricing.

However, there is also a higher failure rate in implementing price increases. The all-industry data shows that 12 percent of respondents tried but failed to negotiate a price increase, but within the logistics sector the failure rate was 20 percent.

The study indicated that price pressure is increasing, and in this area logistics is not significantly different from the larger sample. The top two reasons for price pressure are requests for price reduction from customers and attacks from lower-priced competitors.

Nearly half of the sample claimed their pricing is based on the fact that they sell a premium product, but only a third of the logistics respondents could make this claim. The consultant concludes that a competitive environment and commoditized products are the primary influences on pricing power in the logistics industry.

Our study of the warehousing industry

The report from Simon-Kucher stimulated us to ask similar questions within a small circle of logistics service providers. For obvious reasons, we cannot discuss our sources.

Our sample of 12 firms included three multinational providers, two others with broad national coverage, four more that are in several regions of the United States, and three more who do the bulk of their business either in one state or one metropolitan area. They range in size from eight figures (less than $100 million) to multibillion-dollar companies.

One of the larger providers collected feedback from four different executives within his firm, each of whom handles a different segment of business. Another firm achieved a small price increase, based on cost of living. 75 percent of all customers approved the adjustment, and 15 percent refused. The remainder were not asked.

Some of our findings

Nobody reported a general rate increase. Most indicated that a minority of their clients were involved in rate adjustments. Two emphasized the difference between contract and public warehousing, and the limited ability to adjust the prices of contract customers.

Our findings indicated a roughly inverse relationship between the size of the service provider and their success in raising prices. Smaller firms reported a higher percentage of the increases they requested were awarded.

One larger firm's executive told us all pressures have been on reductions and movement to transactional pricing. In some cases, this provider agreed to a rate reduction in exchange for an extension to the length of the contract. Another indicated his company is sometimes forced to compromise, and occasionally even willing to continue to operate at a loss.

One respondent described a "procurement trap" when price adjustment requires a negotiation with the purchasing agent who has little or no knowledge of logistics business and is guided only by a search for the best price. This respondent knows enough not to fall into that trap.

The Simon-Kucher report does not reveal whether respondents did a general or selective rate increase, and we don't know what percent of clients were asked to accept a price increase. We did get this information and feel it is valuable.

Anyone who knows the warehousing industry realizes a general rate increase is extremely rare. Our sample indicated that between 3 percent and 80 percent of clients received a price increase. One indicated that 60 percent of revenue had an increase, but 20 percent by customer count. Most of the respondents reported increases on 20 percent to 30 percent of their customers.

Most companies see price pressure in some form, but only two are concerned about losing to competitors. One lost his largest customer to a competitor. Another observed that when he loses business over price, it usually comes back when the competitor fails to perform. Several described efforts to secure a lower price in exchange for a longer-term contract. One described a few clients who try to negotiate a 5 percent price reduction each year.

Nearly all firms have a team dedicated to price adjustment. Titles of people on the teams include operations, controller, customer solutions, finance, engineering, sales and marketing, logistics analyst, design and president. There are substantial differences in the size and composition of pricing groups.

There was a wide variation, ranging from 0 to 100 percent. Zero was reported by two executives with large firms. Both indicated they did not need to adjust prices in their area. In contrast, another large provider said the "vast majority of planned increases" were successfully implemented. Most respondents reported a success rate of over 80 percent. One reported increases typically involve a change in the scope of work. Most logistics service providers will not attempt an adjustment until they feel they are on firm ground to achieve the requested price increase.

The sample of the warehousing industry shows our group is more successful in implementing price increases than the pricing study by Simon-Kucher suggests. If there is a flaw in the larger study, it is a failure to recognize that warehousing usually involves selective pricing adjustments rather than a general rate increase. On the other hand, the transportation industry is more likely to have general increases in prices.