Prescription drug overdose – Can we be honest? 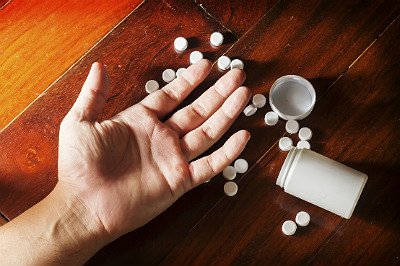 Some topics tend to generate more heat than light, and prescription drug overdose is one of them. Type in the word “addiction” or “overdose” into any news search engine, and you will quickly have a list of articles longer than the half-life of methadone to manage. And this isn’t surprising. The number of deaths attributed to drug overdose in America is climbing; approximately 40,000 per year, according to Dr. Robert Pearl in a recent article posted online at Forbes.com. This is a serious issue, and many readers may personally know the tragedy associated with prescription drug overdose. My heart goes out to them.

This issue needs to be discussed. But I’m personally disappointed in the often misleading nature of so many of the articles pretending to “inform” the public about this “epidemic.” I’m reminded of Mark Twain’s famous quip that “those who don’t read the news are uninformed, and those who do read the news are misinformed.” It is high time that we talk straight about what is really going on. We desperately need an injection of honesty into the arm of this important issue.

Let’s be honest about what drugs are causing the deaths. According to the CDC, 40 percent of the drug overdose deaths are not from prescription drugs at all. This fact often gets ignored or minimized by those writing these articles. Illegal drug use is a serious problem in America and responsible for far too many deaths. But the casual lumping together of statistics, which include both legal and illegal drugs, is misleading at best in my opinion. In fact, for those deaths that are attributed to prescription drugs, it often isn’t acknowledged that other substances such as heroin or alcohol were complicit in the tragic event.

Let’s be honest about where the prescription drugs are really coming from. The media sometimes implies that the whole problem is doctors who give their patients too much. This may happen. But statistically, most individuals involved in the abuse of prescription drugs are not getting them directly from their personal physician. A study published in the Archives of Internal Medicine in June 2011 showed that 69 percent of those abusing opioids never obtain them from physicians at all, but rather got them from friends, family, theft or other illegal sources.

Let’s be honest about who is overdosing and abusing prescription drugs. Many articles seem to suggest that those caught up in the vicious cycle of addiction, abuse and overdose were people otherwise unexposed to any addicting substances at all. That’s just not true; at least not usually. About 80 percent of OxyContin abusers admit to previous use of cocaine. A study in West Virginia of deaths due to overdose of pharmaceuticals found that 78 percent had a history of substance abuse. This is the old chicken or the egg conundrum. Authors often seem to suggest that opioid prescription drugs lead to addiction, which then leads to the use of illegal drugs. This, however, is extremely controversial, and to suggest otherwise is dishonest in my opinion.

In fact, if the drugs themselves are the problem, we would expect that the highest consumers of prescription opioids to have the highest rates of overdose deaths. But they aren’t. The demographic prescribed the most opioids are those over 60. Deaths, however, due to unintentional overdose are highest in the 45-54-year-old group; and risk of overdose drops off dramatically after this age.

Let’s be honest about the numbers. There are upwards of 136 million prescriptions written for hydrocodone every year. How many of these lead to a fatal overdose? What if we grant, for the sake of argument, that every drug overdose in the U.S. is due simply to this drug? That’s wildly exaggerated, but given 40,000 overdose deaths per year, that means that every hydrocodone prescription contributed to 0.00029 deaths. Here’s a fact you cannot ignore: The vast majority of hydrocodone prescriptions and users are not overdosing on this drug.

Finally let’s be honest about that word “accidental” or “unintentional” when related to opioid overdose. Article after article throws the term "accidental overdose" around and never bothers to define it. Let me ask you a question. What do you think of when you read the word “accident?” We tend to imagine an innocent mistake, such as spilling wine on the carpet or forgetting to feed the dog. But an accidental overdose of an opioid is different. Here we aren’t typically talking about a simple mistake. We are talking about blatantly and deliberately misusing a drug, though not intending suicide. By this definition, death due to crushing two OxyContin 80-milligram tablets and mixing them with a shot of vodka for an added high would be deemed an accidental death. That’s a very different type of accident, wouldn’t you agree?

Nothing in this article is intended to suggest that I am unconcerned about addiction or overdose deaths related to prescription drugs. In fact, the opposite is true. But I am concerned that our current discussions and decisions about how to address it, like moving currently Schedule III substances to Schedule II status, are missing the mark. Restricting the supply of narcotics to legitimate pharmacies and legitimate patients in pain is absurd. Those who truly are concerned about this epidemic will want to be honest about what is really going on so that we can address it correctly and deal with it properly. Here, as in every issue, honesty is still the best policy.