Policing one another: New Orleans sets a new standard 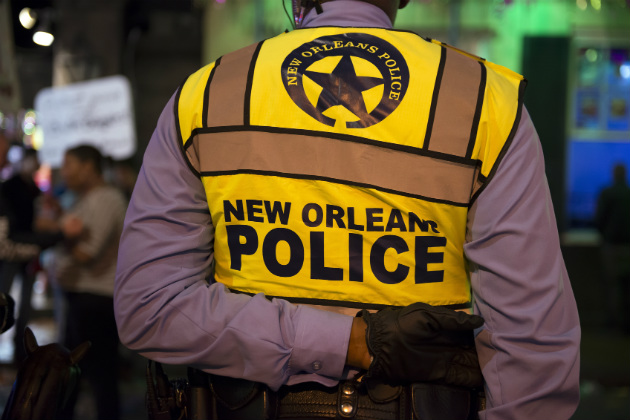 Chicago Mayor Rahm Emanuel recently announced the creation of the Civilian Office of Police Accountability (COPA), a new police-oversight agency to replace the much-criticized Independent Police Review Authority and set up solid and sure methods of enhancing the entire police accountability system.

The primary focus will be to investigate misconduct and disciplinary actions, allegations of coercion, excessive force, unlawful searches and seizures et al. Intervention and investigation will follow. COPA aims to rebuild the culture of trust for the police in the community as well as within the department.

While an independent body is important and needed for every department, it's not enough. In times of need, officers depend on each other to diffuse the situation, and here's where policing one another becomes so significant.

The New Orleans Police Department has set quite a precedent in this regard with its new police training program, which teaches officers to intervene if and when they see a fellow officer engage in unethical behavior. For a city that has been besieged with violence — not to mention national calamities — this is a great step toward healing the trust between the department and the community.

There are too many instances of officers looking the other way when a colleague has crossed the line or bypassed the rules. No matter what justification they came up with later, they are as guilty of wrongdoing as the officer who acted wrongly in the first place.

While there are new training programs for officers being set up across the country, the NOPD program actively seeks to set up support and accountability for the officers, right at the scene.

Program attendees go through rigorous psychological training to intervene when they see untoward or unethical behavior in a colleague, and prevent that strain of thought or action to escalate. It is not going to be easy, but officers can apply their training to prevent confrontation and horrifying experiences — for officers as well as civilians. As one officer pointed out, in extreme and stressful situations, having colleagues' support and take the pressure off you makes the world of difference.

Developed by Professor Ervin Staub of the University of Massachusetts, who experienced extreme trauma as a child hiding in Nazi Hungary, the training has deep tenets of support driving balance into the system and generating overall kindness. The program touches on all aspects of police training — from driving skills to report writing, each module infused with deeper insights into partnership and teamwork that can otherwise suffer from the perils of passivity.

Instead, it stresses the virtues of intervention and what a great difference it can make when one decides to open up or choose to help. Staub stressed how violence and aiding in violence — much like crime — is a progressive behavior. His aim is to find ways to help people act and not stay passive, to prevent violence from giving way to tragic outcomes.

The training strategies focus on the concept of peer intervention and "active bystandership," where officers don't look away anymore but actively intervene and prevent a situation from going bad. The program also stresses that this is not what the ol' boys used to call "ratting out" a fellow officer.

As one official pointed out, officers are quick to step in and save a partner from being shot. They should apply that same loyalty and prevent that partner from getting fired if his or her actions of misconduct are leading to that.