Police beef up security during the holidays 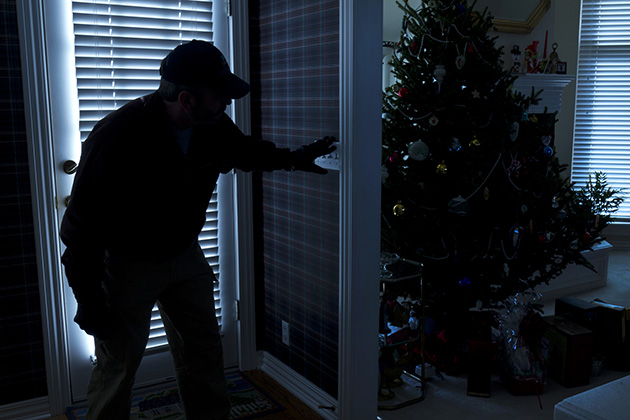 'Tis the season to be merry — except maybe for the men in blue. While we all rejoice and relax, the holiday season is a time for extra caution and additional responsibility for police departments around the country.

There are more DUI cases at this time of the year than any other, more cases of robbery and theft, and unfortunately even terror threats — like the ISIS threat to the Macy's Thanksgiving parade this year. Jammed-up traffic among the shopping and festivities, visiting families and travel itineraries all contribute to a law enforcement headache.

Departments across the country, therefore, have come up with different plans to tackle incidents at this time of the year and have also laid down some ground rules for citizens. A key rule among them is to assign a sober driver in every group for the upcoming holidays, right up to the New Year.

Most departments are assigning an annual holiday alcohol task force that will focus on getting drunken drivers off the road, doing compliance checks and monitoring underage drinking parties. Keeping a line open for intoxicated revelers, they are also going to set up sobriety checkpoints.

Encouraging road safety during the holidays, police are urging residents to drive safely and wear seat belts as 40 percent of traffic fatalities during this time are caused by alcohol-impaired driving. These are further compounded by bad weather and icy road conditions in most places, as well as careless habits like texting during driving.

Some departments are also stressing having a car stocked up with items that may be useful in the event of an emergency. Extra clothing and a first aid kit are important, and a flashlight and extra batteries along with road flares are a good idea, too. Other than these, extra phones or chargers, water and food, ice scrapers and snow shovels may come in handy as well.

But it's not just road safety that has the law enforcement officials worried. Holidays are also a time for shopping, both online and in stores. The biggest sales happen between Thanksgiving and Christmas, and this is also a busy time for hackers who are waiting to carry out as many credit card frauds as they can.

Online fraud is rampant, so the risk is high for those are shopping via the Web at this time. But those who head to the mall and stores aren't completely safe either. Fraudsters take advantage of their distraction and the crowd to steal as much personal information off a card as quickly as possible, leading to massive credit card theft and fraud.

Officers are asking citizens to be more vigilant and recommending that everyone to check their bank accounts more often than usual.

Then, there are the increased instances of armed robberies and break-ins at this time, which behooves the need for people to be extra careful until Christmas. While homeowners often become relaxed and feel safer with a houseful of guests, business owners are in a rush to deposit large amounts of cash in their busy season.

The latter would do well to have an armed escort or security with them, while the former should carry on being vigilant and setting up security alarms, giving criminals as little opportunity to commit a crime. Car break-ins are common, too, so it is important that people keep their credit cards, cash and their identification with them at all times.

Beefed-up patrols will attempt to keep people safe, but with public help, the officers will find it easier to keep crime in check during the holidays.