Please, not another boom 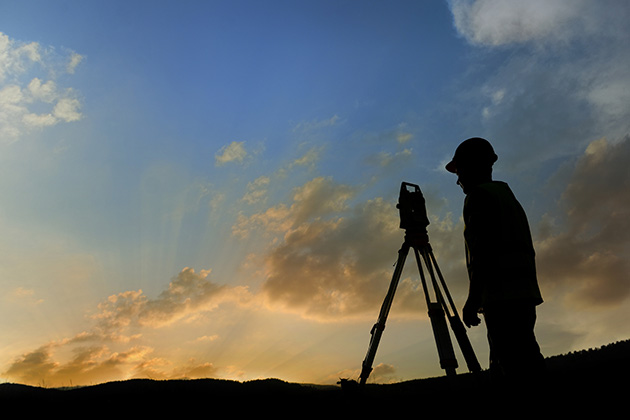 Excitement is growing for the new year. Regardless of where you stand politically, there is new-found hope that progress with much needed infrastructure spending and the expansion of small business-friendly policies in Washington will support renewed vitality in the land surveying sector. These issues effect the lion's share of our readership.

Some will call it pent-up demand, but I see it as a natural return to what made our country great: jobs. And while I have no evidence to back it up, one industry acquaintance told me he'd heard that an additional 30 percent of small businesses would have gone under if we had continued with the current administration's policies.

Some are saying that surveying is dead. For sure, I think this is nonsense.

Even if technology has reduced the number of surveyors needed and opened up work that always required a surveyor to nonsurveyors, the fact remains that if something is being built, a surveyor is generally required. If we have a decent construction economy, I firmly believe there will be a demand for surveyors.

Which brings me to the title of my editorial. Even though capitalism is not perfect — and greed has always been a large component — the fact is that it raises the boat for the greatest number of people by creating jobs. If you look at countries around the world who suffer from 50 percent unemployment, it's easy to see that when people are working, they have less time to sit around and foment. Plus, it's helpful for the human spirit.

Many years ago, a magazine I worked for was struggling to keep pace with the growth to which the owners had grown accustomed. Corporate sent in a manager who threatened "unfortunate consequences" in the event our stellar results didn't continue. Little did he understand that in the land of opportunity, the last thing they would see would be our backs as we walked out the door.

After our meeting, we drove the manager to the airport, and the subject of business creation came up. He lectured us and said he thought it was maniacal that, in America, a business could be created in one week, but in the Netherlands it took one year. When I asked why, he replied that the failure of a business is "socially disruptive," and the government wanted to avoid that.

Obviously, I disagreed. In my opinion, what is socially disruptive is a lack of jobs. Human beings naturally want to work, and the goal of capitalism is to provide an economy in which they can work.

Not germane to this discussion is something else the manager lectured us about: He had spent time in Venezuela, and I complained about the fact that central to the economies of so many countries is the need to bribe to get anything done. He informed me that I was wrong and that I needed to acknowledge the "cultural differences" of the people in these countries. I let him know that corruption is just plain wrong, regardless of where it occurs.

Having personally been the victim of the greedy boom-and-bust cycle, I have always wondered why we can't have 3-4 percent growth instead of 5-6 percent growth (with its resultant bust). Some refer to this as "smart growth."

My sincere hope for the new administration is that it creates the conditions that will allow our economy to grow, but not in such a way as to be socially disruptive when businesses have to contract or disappear and people are laid off due to the inevitable bust.