Plastics in construction: A vision of the future 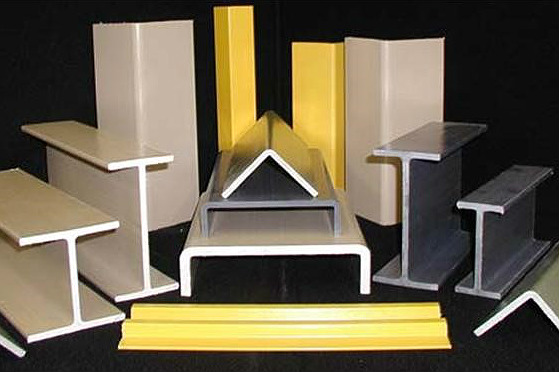 Plastics and their technology are youthful. We must remember the short history of plastic materials — which began in the late 19th century and grew throughout the 20th century — in relation to the wide experience of materials traditionally used in construction (metals, granite, ceramic and cellulosic).

Even initially, plastic materials were not considered as structural elements that were able to bear sustained loads. Undoubtedly, the characteristics of plastics were not the same as the ones of traditional cement or steel used for construction.

But the evolution of plastics through 20th century was dizzying and unstoppable. Plastics have even been used for windfall market niches, an aspect that was unthinkable a century ago.

The boom of "composite" materials — also called "hybrid" — constitutes an important milestone in construction, and also in industrial markets such as aeronautics or automotive. These plastics, reinforced with high-resistance fibers such as carbon or Kevlar, have more or less the same characteristics as the high performance steels, reaching incredible elastic modules up to 6·105 kg/cm2.

However, these plastics continue to have weaknesses, such as the low resistance to temperature (no more than

Nowadays, the unique characteristics of transformation, design and lightness prove that plastic is ideal for prefabricated elements that are easy to assemble or interior design elements, substituting all kind of traditional materials. 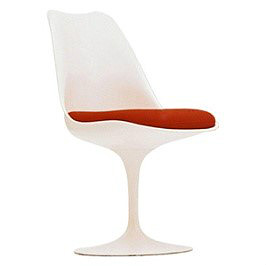 Famous industrial designer and architect Karim Rashid uses plastic for all his creations. Architect Eero Sarinen was a pioneer in the 1950s, due to his famous "Tulip" chair, which was imitated, copied and revered.

If we have a look at the statistics about the quantity of plastic used in construction, in comparison with other traditional materials, we can observe that the data is unfair. According to the total mass of the building, it would be a poor 1-2 percent. In cases of advanced and innovative construction, it could be up to 10 percent.

But this is an unfair comparison because one of the strongest points of plastic materials is its extraordinary lightness, which is incomparable to the densities of concrete, steels, ceramic and the rest of structural elements.

Another distinctive feature of plastic is its wide diversity and versatility, which is ideal for both static and decorative elements, and for functional elements in the more unsuspected and exigent applications. In fact, foams, insulation, adhesive, filler and protective coatings are normally used in construction. 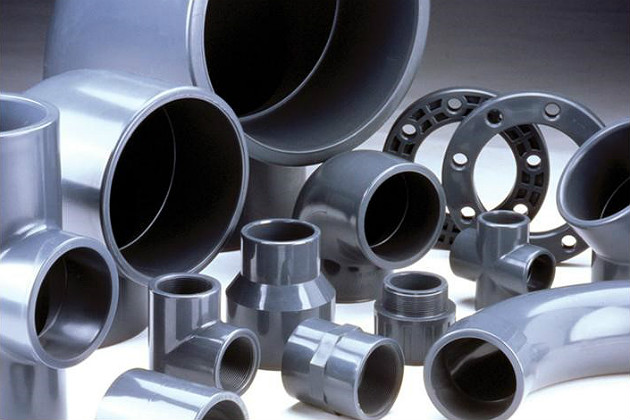 Polyvinyl chloride, or PVC, is probably the most renowned plastic in construction, due to its chameleonic character. Although this material was discovered in laboratories in the 19th century, it did not impact the construction sector until the second half of the 20th century.

The capacity of being conscientious and personalized — giving rise to rigid or flexible grades — allows PVC wide and impressive possibilities according to applications. The high durability to external agents like solar radiation, resistance to humidity, specific level of high impact and resistance to fire are some of the characteristics of this material.

PVC has been used for more than 50 years in applications such as water pipes, plumbing elements, impermeable coatings, blinds, all kinds of framing (multisocket adaptor, blinds), electrical insulation in cables and control boxes, even in decorative elements such as oilcloth linens, artificial leather, shower curtains, among others.

Even wood plastic composites (WPCs), or the ones that imitate the wood, are mostly based on PVC-like polymer matrix. Many plastic materials, such as polyethylene, polypropylene or rubbers such as EPDM, try to replace PVC (especially in waterproofing or pipes issues), but it continues to be the most widely used. 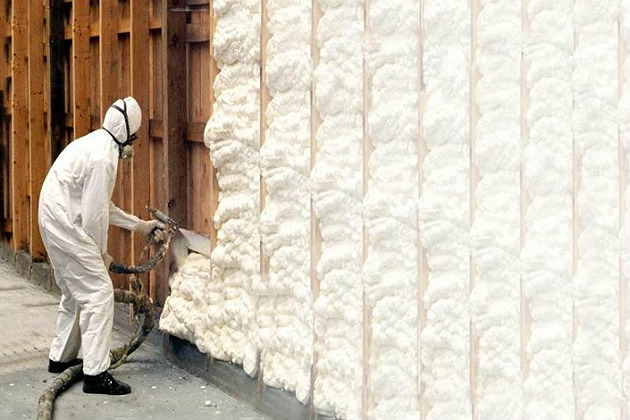 Foams, as part of thermal and acoustic insulation elements, have a traditional importance in the structural parts of buildings. Among all the possible insulations, polyurethane foams are the most efficient.

Polyurethanes, based on condensation of an isocyanate with an alcohol, were the base of an extended family of materials with flexible fibers made of "lycra" as its main component. Its extraordinary capacity of foaming, reaching low densities around 0.03-0.05 g/cm3 and maintaining a rigid structure, provided it with advantages and insulating properties, even reaching thermal conductivities as low as 0.03 W/K·m.

Different variants have been really important in the construction sector. For example, fast-curing "spray" polyurethanes are excellent materials to insulate buildings, pipes or different coatings, where gravity can lead to evident application problems and a lack of uniformity in thickness.

There are other polymeric foams that are not based on polyurethane, but their insulating capacity is more limited. For example, they are polyethylene foams, PVC integral foams substituting wood ornamental pieces or, the most popular, the polystyrene foams.

The insulating capacity of foam lies in the gas entrapment (air) in cells made of a polymeric structure of flat walls (micrometric). The more small, closed cells in the structure, the more efficient insulation. So, aerogels are becoming more and more popular, foam materials with nanometer cell structure. It is called, in the technological jargon, "blue smoke."

Aerogels based on silica, which are already commercialized in mats that are easily installed in facades or pipes, have extraordinary low densities and thermal conductivities that can reach 0.01 W/K·m. They have also excellent thermal, mechanical properties and resistance to fire. 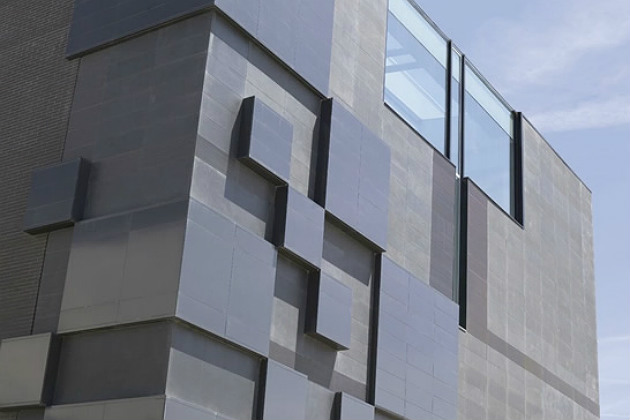 In recent years, stone, ceramic and marble based on composite materials have become more popular. These "agglomerated stones" are made of curing resins that act like binder or mortar of stones and varied inorganic charges (up to 90 percent).

Combined with pigment and other additives, it allows the production of a unique material that presents the advantages of stone, joining the design capacity, finishes, chemical resistance, cleaning, reparation and assembly of plastics.

From a functional and esthetic point of view, these new materials are a new way of design of innovated constructions, and they generally come in two types.

First is polymeric concrete, used to sustain application, such as dormers, gutters and various auctions, or supports as lintels, jambs and innovative elements in facades. Although, they are mechanically more limited than natural stone or concrete, the other properties have more important advantages than the traditional materials.

The second kind of agglomerated stones are called "engineering stones," made of high-hardness aggregates agglomerated with polyester, acrylic or epoxy resins. They substitute pieces with a high decorative value, such as marble, quartz or onyx, floors, walls, countertops and other varied surfaces. Traditional brands such as Silestone or Compact are widely recognized in the collective memory.

Adolfo Benedito has a Ph.D. in chemistry from the University of Valencia, focusing on ABS copolymer degradation and recycling capabilities. Since 2001, he has been working at AIMPLAS as head of the compounding department until 2009, and currently as head of materials research department. Adolfo has been the main technical responsible for several EU research and national projects, as well as author and co-author of several papers and book chapters focused on nanotechnology applied to polymeric materials.