Pistol-mounted lights — a solution in search of a problem?

A Denver police officer faced a 10-day suspension for accidentally firing his weapon, nearly striking a suspect. Officer Asher Rose accidentally pulled the trigger of his pistol while trying to turn on his pistol-mounted light. Officer Rose was attempting to use his light to illuminate a suspect hiding under a truck when he fired a bullet that hit a rear tire inches away from the suspect’s head.

We just started our sixth year of low-light classes and we have had several police officers attend our classes and practice sessions — some are issued pistols with mounted lights. These officers did very well; however, I generally don’t believe that issuing pistol-mounted flashlights to police officers is a good policy.

Unlike the officers in our classes who come to learn and practice low-light techniques, the average officer is unlikely to practice activating and using the light under stress. 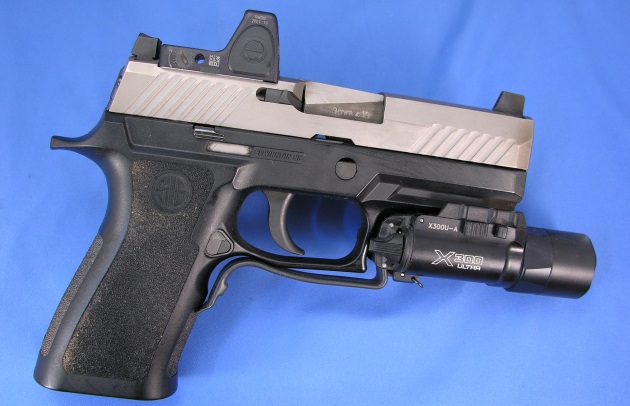 Pistol-mounted lights with the proper switch configuration can make hitting a target under low-light conditions easier. However, searching with a mounted light virtually guarantees that you will point the pistol in an unsafe direction.

KEEP YOUR FINGER OFF THE TRIGGER UNTIL YOU HAVE MADE A CONSCIOUS DECISION TO INTENTIONALLY FIRE A SHOT!

A remote switch that activates when you tighten your grip on the pistol (such as the one in the picture above) greatly simplifies the process of activating the light; however, it also carries a substantial risk of accidentally firing the pistol if you fail to apply proper trigger finger discipline.

Even with a remote switch, training remains a critical component. The human body’s sympathetic nervous response makes it difficult to tighten your grip without simultaneously tightening your trigger finger. For the same reason, it is difficult to squeeze one hand and not squeeze the other hand. If you have your finger on the trigger and tighten your grip to activate a light, you will likely tighten your finger on the trigger and fire the pistol.

The sergeant stated that he never intended to have his finger on the trigger nor did he intend to shoot Alcala. The light the sergeant had mounted on his pistol was a Surefire x300 without the DG remote switch. The sergeant had used remote switches in the past and tightened his grip thinking he was activating the light. Finger on the trigger, tightening his grip, pistol firing — the sympathetic nervous response in action.

During our February 2019 low light practice session, the class completed the Texas Department of Public Safety (Texas state police) old 60-round qualification course with a possible score of 300 as outlined below. The new DPS qualification deletes the support hand string at seven yards (perhaps it was too challenging). The night was completely overcast and there was no moon so it was quite dark.

We used the Austin Police Department modified Q19 target with shots within the Q19 outline (red zone — see picture below) scored as 5 points and shots outside that zone but on the threat as 2 points. 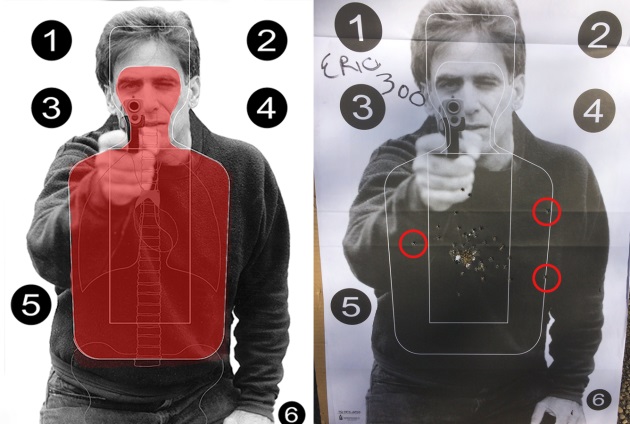 Everyone passed with 80 percent or better (240 or more points) and I shot a possible score of 300 with my SIG P320 using a hand-held light. I only had three shots outside the center rectangle. Clearly, practicing low light techniques enables a reasonably skilled shooter to do very well on a challenging qualification course.

Is a light on a long gun a good idea? Absolutely. However, a general issue pistol-mounted light may be a solution in search of a problem.

These lights are expensive, specialty tools designed for a single purpose. You can purchase a superb hand-held light for much less and it will serve for everyday use as well as for the rare emergency when you must engage a threat with your pistol under low-light conditions.