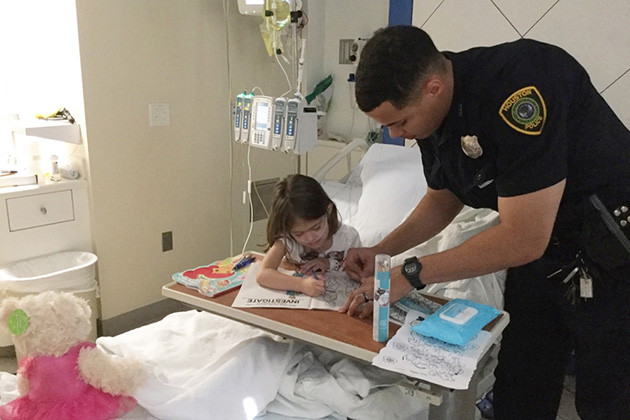 Houston PD Officer Jeremy Lahar talks to a girl in the hospital. The photo was one of 12 winners of the COPS Office contest.

The Office of Community Oriented Policing Services (COPS Office) recently announced the 12 winners of its third-annual photo competition. This organization is a branch of the Department of Justice and is responsible for the advancement of community policing in the nation's state, local, territorial and tribal law enforcement agencies by the dissemination of information and grant funding.

Part of the agency's charge is building commitment, trust and mutual respect between police and the communities they protect. The winning images and semifinalists for 2017 show a mixture trust, respect, support, companionship, commitment and so much pure joy.

This year a law enforcement professional was shown with another superhero — a tiny Teenage Mutant Ninja Turtle. 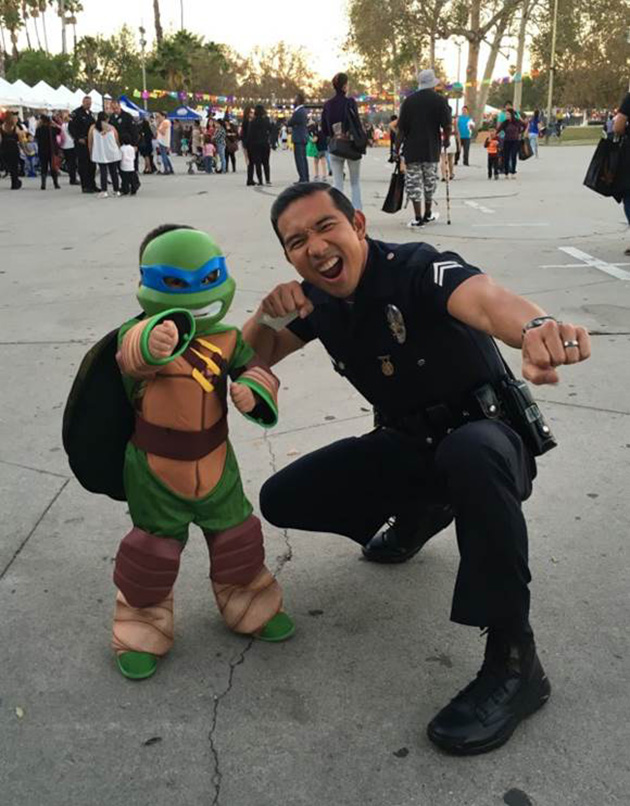 Another image was of an equestrian officer mounted on his horse partner while shooting hoops with some neighborhood children. 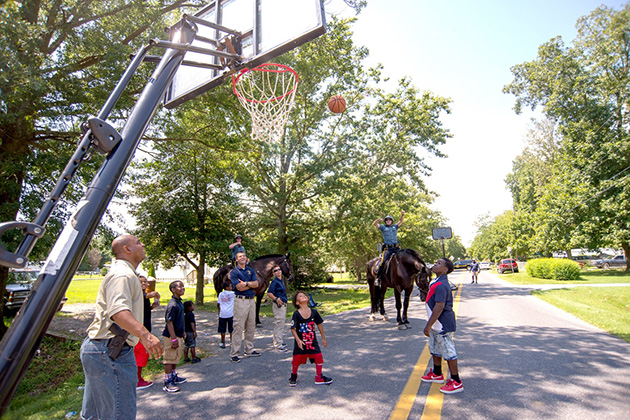 And a pair of topsy turvy cops posed with a group of children doing handstands against a bus. 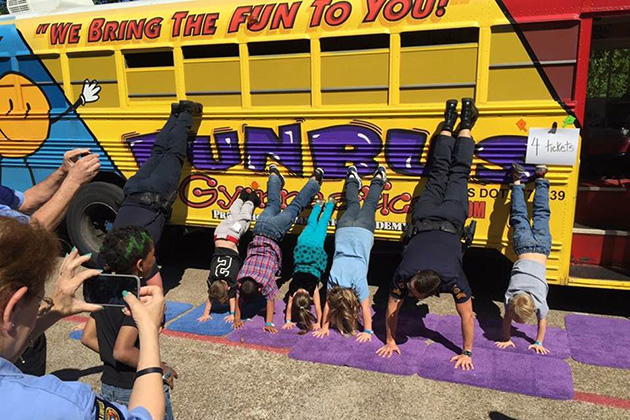 There have also been upside-down officers in previous years. Among the 2015 winners and semifinalists was an image of an officer among the children dangling from their knees from a jungle gym. 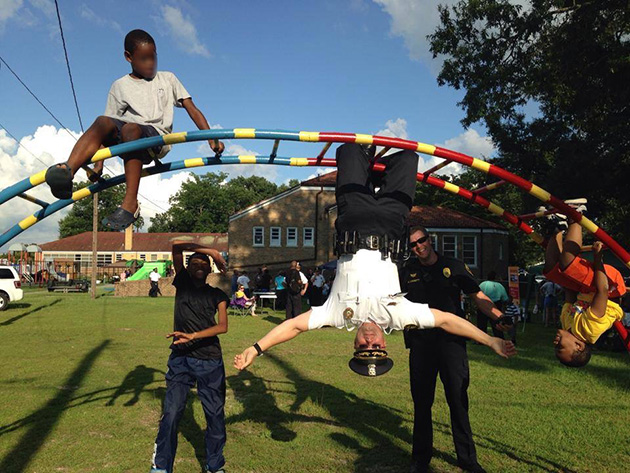 One of the 2016 winners also featured a superhero — a mini-Batman — accompanying an officer on his rounds. 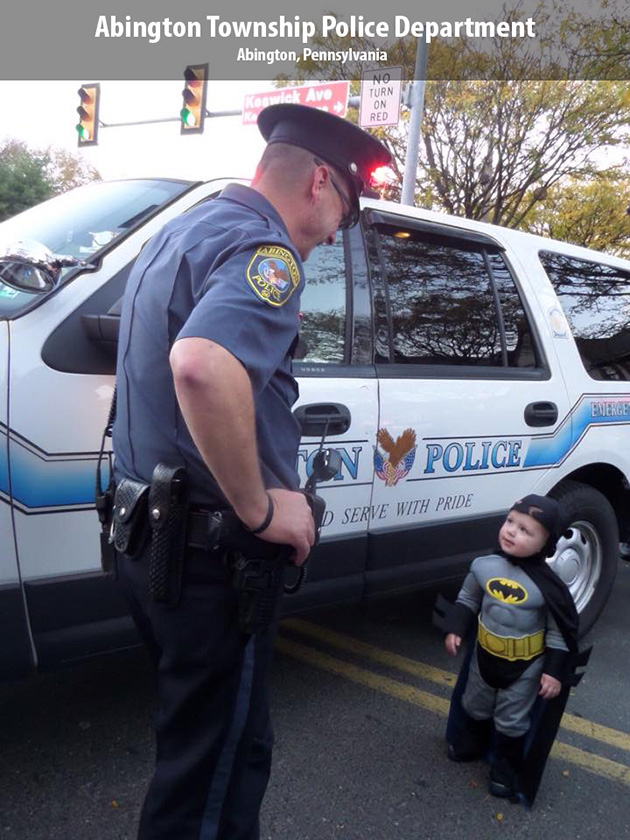 There have also been lots of hugs, high fives and kisses during the three years of the contest.

The COPS Office was formed in 1994 and currently is administering $14 billion in the form of grants to communities in order for them to hire policing professionals, to develop and test innovative policing strategies and to provide training and technical assistance to all levels of law enforcement, community partners and government leaders.

The "Community Policing in Action" contest started in 2015 and serves as a platform to share positive interaction with community members. Close to 200 communities participated, and the final agencies selected were from:

In all three years this contest has run, there have been engaging images of community bonding over meals. But one of the more compelling photos of a meal, of sorts, was from 2016 and it did not even make the final 12.

It showed an officer in full uniform — protective vest, baton, weapons and all — sitting on the ground next to a young boy still in diapers. Both are having a snack outside a convenience store/bodega. The little guy has a bottle of milk in front of him. Makes one curious about the back story that was behind this human moment. 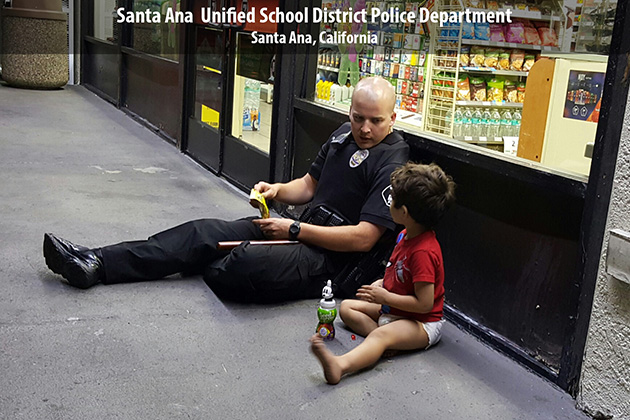 But it's that kind of human element that is so important to law enforcement. These images remind the public about the importance of the relationship between police departments and the community.