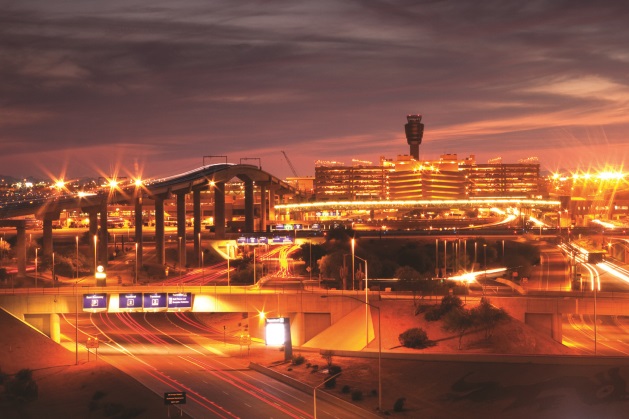 Phoenix is an airport on the move, and if the FAA agrees, it could soon be spending $5.7 billion on upgrades to achieve a new 20-year plan. With aging infrastructure and a hemmed-in location, its owners have decided that now is the time to deal with the issues hindering its potential.

The airport confirmed that the city’s mayor and council voted on June 11 to send its Phoenix Sky Harbor International Airport Comprehensive Asset Management Plan (CAMP) to the Federal Aviation Administration (FAA) for approval.

In fact, the FAA mandates that airports keep short- and medium-term plans for their future development, and this plan will cover the next 20 years at Sky Harbor as the airport hopes to double its capacity and improve infrastructure for airport users.

Key to the plans is the relocation of some major parts of the airport layout. First, the cargo facilities currently located in the central and southern areas of the site would be moved to the north side of the airport, freeing up space for future passenger terminal development to the west.

The Air National Guard refueling wing would then be allocated space freed up by cargo users on the south side, allowing this military operation to expand. General Aviation will also relocate to the north side of the site which, combined with the new cargo facilities, will require some work to trench the major railroad running past the perimeter. The airport already owns the land north of the tracks, so it sees great potential in using it and removing the physical barrier to expansion posed by the railroad.

The roadway serving the central terminal area would also receive attention, with particular attention on improving the capacity of Sky Harbor Boulevard as road traffic has increased.

Finally, the older parts of Terminal 4 would likely be renovated to bring it in line with modern standards, and the old Terminal 2 would be demolished.

This site would initially be used as a site for “bus gates” where aircraft park remote from the regular terminal jet bridges, typically used by low-cost carriers, and to give greater scheduling freedom to grow where physical gates do not exist to park airplanes at.

Sky Harbor presently handles around 45 million passengers per year, but has expectations of this reaching up to 80 million by 2039, as well as increases in the amount of cargo it handles. All of this comes at a cost and with significant logistical planning.

Phoenix Mayor Kate Gallego said, “The best infrastructure projects anticipate the needs of a community far into the future. Sky Harbor is one of our state’s largest economic engines and, with this unanimous vote, it will continue to drive our economy for generations to come.”

The $5.7 billion funding requirement anticipated for the works will come from airport revenues and federal grants, and not local taxes. With it, each stage of the works will require council approval since the airport is city-owned.

As Arizona’s largest gateway, and one of its largest employers, Sky Harbor must continue to capitalize on the growth demand it has experienced in recent years, which has put it in a similar league to Las Vegas McCarran, ranking 41st busiest in the world and 13th in the United States. It has a $38.7 billion impact on the state’s economy.

Asked why now is the time to expand Sky Harbor, Jordan Field, Deputy Aviation Director – Planning & Environment said: “With forecasted growth, key facilities, infrastructure and roadways will reach capacity over the next ten years. To ensure the airport’s readiness for this growth, we needed a comprehensive roadmap for asset investment and management.”

Approval from the FAA is expected in the fall before work commences next year.