Pharmacy managers: One of the highest‑paying jobs in America 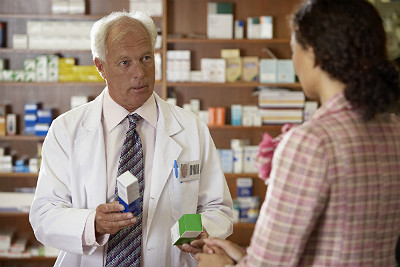 The pharmacy job market has been taking a hit lately, with recent articles about the steep drop in a market indicator known as the Aggregate Demand Index (ADI) throughout the U.S. But apparently that has not impacted the wages of those in pharmacy management positions according to a survey just released by the careers website Glassdoor.com.

The survey, entitled "25 Highest Paying Jobs in America," lists pharmacy manager as pulling in the fifth-highest salary in the country, with a median base salary of $130,000. Even "pharmacist" (presumably a combination of other pharmacy career paths surveyed) comes in pretty high at No. 13 with $118,000.

Ahead of pharmacy manager were other professional and management careers such as physician, lawyer and software managers. The survey methodology required listed job titles to have received at least 75 submissions from U.S.-based employees within the past year to qualify for inclusion. Certain job categories, like C-suite positions, were not included. Also, note that academic jobs like pharmacy professors and deans were not surveyed, though some such positions have reportedly higher salaries than $130K.

The data collected can be corroborated with other figures published annually, like the Mercer study, and viewable in part from websites such as PharmacyWeek. The figures seem about right.

As someone working on the inside of this industry, I may be able to shed some additional light on the pharmacy manager position and salary, as that is a job I have held for three different employers over the course of my 20-plus-year career. For those interested in the profession of pharmacy, or are considering pharmacy management as a career move, allow me to share a few personal insights.

What follows are generalizations, which, though often true, will not be universally applicable to every employment setting. In fact, it is hard to tell from the information provided exactly what type of "manager" the survey intends to include.

For example, does it refer to a typical retail pharmacy manager (PIC, pharmacist in charge) or can it include hospital pharmacy management positions like the director of pharmacy (DOP)? And even among retail pharmacy jobs, does the "manager" refer to the single-store manager, or to the manager of several stores, sometimes referred to as a "district manager"?

But leaving such ambiguities alone, allow me to share a few personal insights into the pharmacy manager role that currently commands such a hefty remuneration, according to the survey.

First, the pharmacy management position typically involves a broader scope of responsibility in running the pharmacy and maintaining compliance than a staff pharmacist position. These responsibilities may include such things as staffing, interviewing, hiring, training, managing personnel problems and doing reviews.

It will often include the enforcement of company policy and communication of company programs. In some settings the pharmacy manager may be responsible for the financial performance of the pharmacy as well, requiring additional duties beyond dispensing and counseling.

Second, the pharmacy manager will typically be more directly responsible to the state Board of Pharmacy than the other staff pharmacists. Having personally experienced an inspection by the Board on more than one occasion, I can tell you it is not a pleasant experience, even when things are relatively in order.

Pharmacy is easily the most regulated of the healthcare industries, and preserving compliance with all such laws and rules is no small job. One state, New Hampshire, even requires the PIC to pass a special exam to ensure they are well versed in current state pharmacy law.

Third, readers of the $130,000 mean salary figure should understand that this number will likely vary greatly depending on the specific type of management job and location throughout the country. Some surveys show pharmacist salaries for even nonmanagement positions to be $150,000 or more depending on the area of the country.

Fourth, realize that typically pharmacy managers are going to put in more than 40 hours per week, so their annual salary can't truly be compared with a staff pharmacy position based on annual average alone. Some staff positions, depending on state labor laws, are hourly and eligible for overtime compensation at anything over 40 hours per week, unlike a salaried position in which the compensation doesn't change.

Fifth, for those thinking about a pharmacy manger position, remember that money isn't everything. Dr. Andrew Chamberlain, chief economist at Glassdoor, wisely points this out when he writes that "a big paycheck isn’t necessarily tied to long-term satisfaction in your job. Instead ... we find that culture and values, career opportunities and trust in senior leadership are the biggest drivers of employee satisfaction."