Perks and pitfalls of Periscope for meetings and events 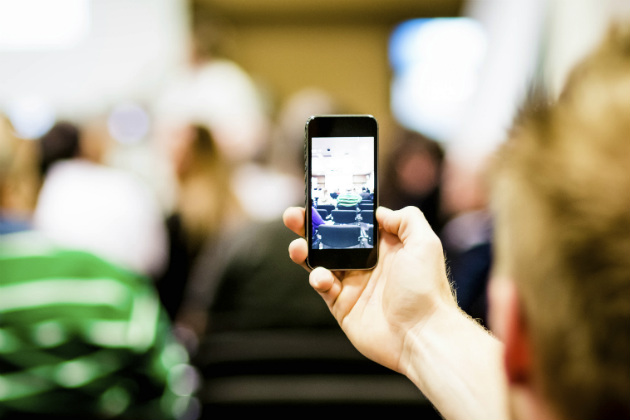 This has huge implications for the meetings and events industry, as until now you needed a substantial budget to do any live streaming. Now, we have an easy-to-use tool to "teleport" in people who can't be with us in person, crowdsource content and help market our businesses and events.

Periscope is as easy to set up and use as Twitter, which is no surprise as Twitter recently bought the company. Simply download the app, come up with a title for what you're about to film and hit record.

But who's watching? Your Twitter followers, but there is a way to disable this feature. You can also invite Facebook followers by simply sharing Periscope's unique URL link to your Facebook Company page and personal profile.

As of now, broadcasts are viewable for 24 hours then disappear, although there are ways to capture your video permanently. Here's an easy guide to how it all works.

Our team had a great experience using the app. We recently ran a Periscope-based event that highlighted some of the practical uses and pitfalls of this new technology. To help celebrate Global Meetings Industry Day (GMID), we invited event professionals around the world to join us for a world first: a 30-minute group songwriting session via Periscope to create the "GMID Anthem." Participants contributed chords, lyrics and style of the song.

Our Periscope audience of approximately 80 responded directly to questions asked by the MC using the text box and voted for their favorite chords, song style and lyrics using the "hearts" feature. After the song was crowdsourced in just half an hour, it was recorded and made available via the Meetings Means Business website, where it was downloaded and used around the world by associations to soundtrack their Global Meetings Industry Day celebrations.

So what were the benefits of using Periscope?

1. It's free! There was no professional camera operator and crew, no expensive gear.

2. Preparation time is miniscule. Periscope is so easy to use that after our first trial run, our team had a quick grasp on how to use the app. If you want to use Periscope, you can start immediately.

3. Teleportation. The app gave people from the U.S., Australia, Asia and Europe the unique opportunity to interact directly with some of the best musicians on the planet inside a famous recording studio in London — you can do the same and have your online audience communicate directly with keynote speakers and executives at your next event.

Well, what are the pitfalls of using Periscope?

1. You need phone reception. So make sure you test the specific room before you decide to broadcast from it using Periscope.

2. It's Lo-Fi. Periscope, or any of the other new live-streaming apps such as Facebook Live, Meerkat or YouTube Connect (Google's soon-to-be live-streaming tool), aren't going to replace the professional live-streaming services that video production companies provide. If you've hired Malcolm Gladwell as your keynote speaker and want to film it for others to see, Periscope isn't the answer.

But if you want to bring people into your event in a more casual way, it's perfect. Everyone is so used to lo-fi production on Facebook and Youtube that you don't need to spend tens of thousands of dollars to start experimenting with live streaming.

So give Periscope a go; you've got little to lose. Experiment by Periscoping at your next trade show, let everyone see your booth and tell them to come and say hello. Periscope your next association board meeting and do a Q&A with the board members, or broadcast some of the headline entertainment from your annual conference so those who couldn't make it are sure to be there in person next year.

Andy Sharpe is the founder of SongDivision, a music-based corporate team building and entertainment specialist. Since 2003, leading associations and Fortune 500s have called on SongDivision in over 20 countries to engage, entertain and educate their audiences at meetings and events using the power of music.