Patriarchy and healthcare: A dying zeitgeist 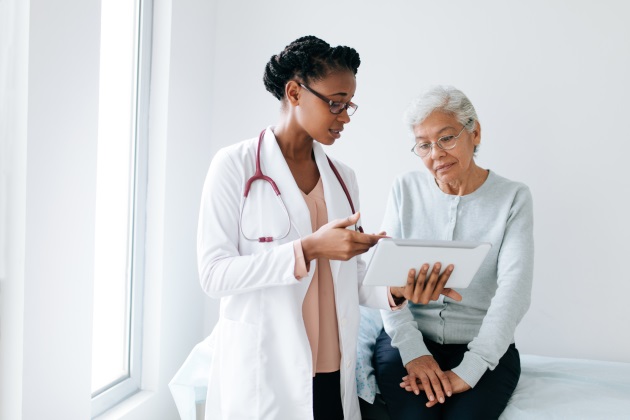 Like so many cultural and societal institutions in the United States and around the world, medicine and healthcare have been built upon the foundations of patriarchy and male dominance. In many aspects of our lives, this paradigm is shifting for the better, and that same change is also underway in the healthcare sphere.

The Reign of the Male Doctor

Since time immemorial, men have dominated medicine. Not many decades ago, female nurses were considered the handmaidens of doctors, labeled as “pink collar” nonprofessionals whose vocation was to support physicians in their apparently more valuable work.

Nurses were historically viewed as subservient laborers who followed orders and carried no sense of personal or professional agency; in that same vein, female physicians were less numerous and not readily recognized for their contributions by their male peers.

Earlier this year, the Kaiser Family Foundation reported that of the 1,005,295 professionally active physicians in the United States, 644,683 are male and 359,409 are female. AthenaHealth published research in 2018 showing that the lower the age bracket, the more dominant women are becoming in medicine:

"From January to June 2017, AthenaHealth surveyed 18,000 physicians at 3,500 practices on its network, and determined that more than 60 percent of physicians under the age of 35 are female, while just under 40 percent are male. In the next-highest age bracket (35 to 44 years of age), women are the dominant gender as well — just slightly — coming in at 51.5 percent. As each age bracket gets older, the percentage of female physicians drops, with 82.4 percent of physicians over the age of 65 being male."

"The trend shows no signs of slowing down: In 2017, the number of women enrolling in U.S. medical schools exceeded the number of men for the first time, according to data from the Association of American Medical Colleges."

"As women become a major force within the medical community, healthcare executives and administrators, many of whom are men, are tasked with creating an environment that prioritizes retaining and supporting female physicians in order to maintain a robust workforce."

We can also see that the rise in popularity, acceptance, and influence of nurse practitioners is ruffling some feathers in some corners of the medical establishment, perhaps even more so since the majority of those advanced practice nurses are more likely to be female.

When it comes to double standards in healthcare and medicine, AthenaHealth’s research drew other conclusions, as well:

"One of the best ways to make the needs of female physicians heard is to place them in executive roles. ‘Female physicians are still underrepresented and underutilized in positions of power, especially at the most senior levels,’ says Deborah Shlian, M.D., a medical management consultant in Florida. ‘We need to eliminate those double standards that penalize women for traits and behaviors that are rewarded in men, like assertiveness, daring, risk-taking, and bravery. Yes, we need to 'lean in,' but we also need to push back."

"Those double standards are visible to many female physicians. ‘We have robust data that demonstrates that women are rated more poorly in medical school and residency, and that gaps in their evaluations actually grow through their training,’ says Poorman, who cites a 2010 study that found men are more likely to be seen as ‘quick learners’ than comparable women."

The grip of patriarchy on medical training and practice has been slipping in recent years, and as we can see from the data cited above, demographic changes are indeed afoot as some previously disturbing trends are slowly reversed.

Millennials on the Ascendancy

The millennial generation is the first to come of age at a historical moment when the population as a whole is waking up to disparities related to gender identity, race, sexual orientation, socioeconomics, and other crucial factors.

With #MeToo and other social movements fueling further awareness and activism, changes are afoot in many societies around the world.

Simultaneously, emerging millennial leaders such as Rep. Alexandria Ocasio-Cortez are assuming positions of power and influence, infiltrating historically male-dominated institutions and turning them on their heads. These entrenched institutions are being forced to reconcile their past with the current reality as women and young people — especially young women of color — subvert dominant paradigms and call past practices and norms into question.

The (Medical) Future is Female

Taking into consideration the demographic and societal trends at play, the feminine future of healthcare and medicine appears to be assured. And with young women being encouraged to pursue STEM (science, technology, engineering, and mathematics) education in larger and larger numbers, the pipeline of female talent is being further primed with eager candidates.

Meanwhile, the aforementioned young congresswoman and role models such as Michelle Obama, Oprah Winfrey, and others are further empowering women of all ages to realize their worth and assert themselves in the workplace and the wider public arena.

With the sands of gender and power shifting within the zeitgeist of healthcare, we can all look forward to a continued evolution towards a more equal balance of power making itself known. And the further influence of women and feminine viewpoints will likely bring increasing humanity, sensitivity, and awareness of widespread disparities and inequality to a healthcare space in dire need of positive change and feminization.