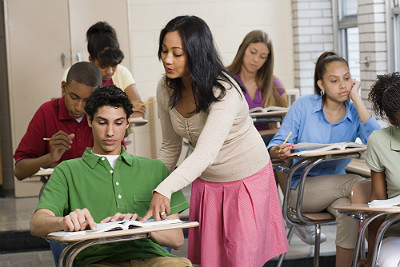 Language is the first concern in teaching communicative competence. Grammar, pronunciation, listening comprehension and speech are all vital skills needed by ESL learners. However, there are other elements that may not be so apparent that are part of the overall interrelated system.

The language and behavior faced by the — both learners and native speakers — may get the wrong impressions because the paralinguistic features of language can cause interference, so interest in paralinguistic functions has been increasing.

Contrastive stress in sentences is usually not covered by the grammar books. The way a native speaker reads the following English examples makes a major change in the meaning:

Body language (including facial expression), position of the hands and arms, movements and distance all influence the message. These form subcodes that are culturally specific.

For example, tilting the head back and making a click with the tongue is a negation in Arabic countries. In America, it would be considered a rude insult.

Proxemics varies by culture. Latin Americans and Middle Easterners stand close to each other while talking. To an American they may seem too intimate, while Americans seem distant and cold to them.

Some Middle Easterners may perceive touching a member of the opposite sex or winking as offensive, and some Asians will be offended if one touches a baby on the head. The American OK sign is an insult in the Middle East.

Feedback varies from culture to culture as well. Americans may feel that failure to maintain eye contact is rude, while in some cultures — Asian, for example — it is a sign of respect. If an Asian nods his head, it indicates that the person is listening, but not necessarily understanding.

In many cultures, the American habit of putting one's feet on the table is considered rude, while Americans may think it strange to remove their shoes upon entering a home — an action required in some areas.

There is general agreement that gestures play an essential role in speech and in thought process. Gestures have a positive effect on communication, which is consistent with L2 acquisition research.

Gestures and speech coexist in time, meaning and function to such a degree that they can be reasonably regarded as different sides of a single underlying mental process. Instructors should be aware of common gestures and be able to incorporate them into teaching, particularly at the basic levels.

Many researchers have classified gestures into four basic types:

These gestures may enhance communication and help in language acquisition.

Speakers talk about safe topics, such as the weather, and shift topics a lot.

Why learn the culture?

These elements are stressed in the ACTFL Standards for foreign language education and are applicable to ESL:

2.1 Students demonstrate an understanding of the relationship between the practices and perspectives of the culture studied.

This standard focuses on the practices that are derived from the traditional ideas and attitudes (perspectives) of a culture. Cultural practices refer to patterns of behavior accepted by a society and deal with aspects of culture such as rites of passage, the use of forms of discourse, the social "pecking order," and the use of space. In short, they represent the knowledge of "what to do when and where."

Students will need practice in some basic encounters common in everyday life. For example, learners need to be able to predict regular speaker change in conversation and the verbal and nonverbal signs involved.

Practicing routines and role playing will help set the material in deep memory. Another possible aid is videos that show the social functions of the language.