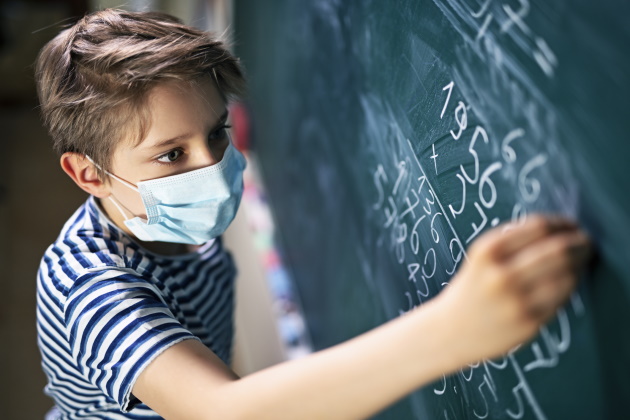 “…you may not be aware that a kind of historic thing is going on right now. Essentially, within the span of the last 48 hrs or so, thousands of parents are scrambling through an absolute explosion of Facebook groups, matchups, spreadsheets, to form homeschooling pods."

The poster was right — the micro-schooling, homeschool or pandemic pod craze has exploded. At least six New York Times articles have been written on the topic since July 22 — many focus on families and which ones can or can’t afford to hire private teachers and tutors.

While families are leading the trend, some districts and schools are forming their own version of learning pods. Like the mindset of parents, their idea is to create spaces where students can convene in small groups and/or work alongside other students with adult support and supervision. Yet unlike typical parent-initiated pods, those put in place by districts and nonprofits tend to emphasize equity.

“District-led initiatives may have the ability to reach more students than efforts by parents and tutors to provide ‘scholarships’ to private pods or otherwise subsidize spots,” note Ann Schimke and Marta W. Aldrich, authors of a recent Chalkbeat article.

In the article, they interview Jessica Calarco, an associate professor of sociology at Indiana University, who is encouraged to see districts spending resources on programs benefiting students with the highest needs during the pandemic. On the flipside, Calarco fears privately organized pods run the risk of taking families and the educators they hire away from public education.

Reporter Abby Goodnough notes that these initiatives usually target at-risk students or children of essential workers in a recent New York Times article. Both Chalkbeat and the NYT give readers a roundup of nationwide public education learning pod initiatives.

Districts team up with organizations to support kids emotionally and academically

The Times reports that some districts in Massachusetts aim to support their most vulnerable students through in-person instruction. Meanwhile, the school system in Marin County, California, has approval to continue to work with small groups of special education students as it has during the summer months.

On a larger scale, San Francisco’s city government is setting up what it’s calling learning hubs intended to reach 6,000 students.

The hubs are geared toward ensuring kids “who’ve been the most disconnected during these crazy times can get a little extra support; so they don’t continue to fall behind, not just academically, but emotionally as well,” explains Maria Su, executive director of San Francisco’s Department of Children, Youth and Their Families, in the San Francisco Chronicle.

“The younger they are, the more they need that in-person, peer-to-peer learning. That’s equally important as academic learning. Those interactions are key to development in a young person,” says Su.

These students will complete their online schoolwork at a recreation facilities, libraries and community centers near their home. Like districts in San Francisco, many schools and districts nationwide are partnering with other education-based organizations, like city parks and rec departments and nonprofits.

For example, Chalkbeat reports that in Indianapolis, districts are teaming with community partners to form a student support network so students can do virtual work with supervision. In addition, homeless students will have access to hubs where school workers are available to help them with assignments along with some in-person therapies and interventions.

The YMCA has stepped up as a leader in the supporting vulnerable students during the pandemic, according to an NPR report by Anya Kamenetz. The organization has set a standard in terms of safety. During the early months of the pandemic it provided child care programs for essential workers where 40,000 children were served with few reported cases and no COVID-19 outbreaks.

Jennie Melde, the director of youth development at the La Crosse, Wisconsin, YMCA, explains in the NPR article that since they've been doing emergency and regular child care all summer, they’ve dealt with many things that schools are just beginning to face, like how to screen children and what to do when there's a positive case.

Kamenetz notes that in addition to La Crosse, the YMCA is now helping set up "hubs" or "learning academies" in California's Silicon Valley; Boston; Chicago; Houston; Memphis; Huntsville and Montgomery, Alabama; and Florida.

Making the pivot on a large scale is quite an endeavor but doable. Both Chalkbeat and the NYT reported the story of how one district north of Denver has been working to make it happen for its 39,000 students, 40% of whom qualify for subsidized meals.

As it became clear the Adams 12 district would start the school year fully remote, one official suggested school-run learning pods similar to those formed by affluent families. Despite being daunted by the enormity of the task initially, district officials buckled down and “worked around the clock to coordinate the logistics,” shared Chalkbeat.

The outcome: two to three pods per grade level at all 41 elementary, middle, and K-8 schools where up to 10 eligible students at the elementary level and 15 at the middle school level will receive instruction in each classroom. The classrooms are to be equipped with good internet access and staffed by teacher aides, substitutes and other adults paid by the district.

In the Chalkbeat article, Tara Peña, the district’s executive director of middle schools speaks to their commitment to provide this option for their students and families, “It’s not, ‘Can we do this?’ — It’s, ‘we need to do this.’”

Whether the craze will be historic as my Facebook friend of a friend predicts is yet to be seen.

Some experts, like former Massachusetts Education Secretary Paul Reville, who teaches educational policy at Harvard, think the trend could have other long-lasting impacts. In a CommonWealth Magazine article by Shira Schoenberg, he gives examples of how increased parent involvement and more flexible schooling could play out, “A parent whose child is successful learning math at home may seek permission to skip their school’s math class. Technology may become a more permanent feature of education.”