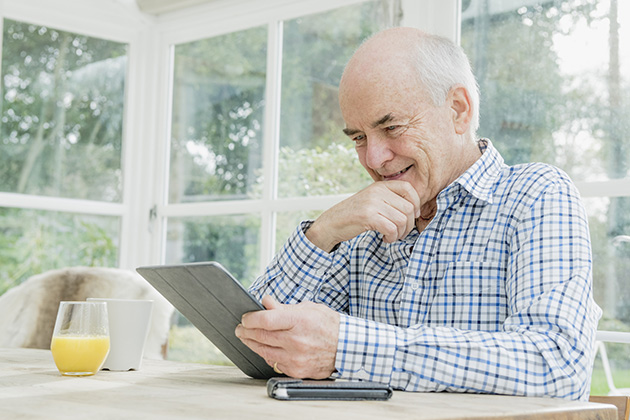 Every minority in this country faces discrimination in one way or other, including Americans over age 50. For them, one of the persistent problems has been how quickly they become invisible as they age.

The media have rightly been criticized for contributing to almost every kind of past discrimination in this country through their depictions of minorities. Probably best-known among these are degrading media depictions of African Americans.

These unfortunate stereotypes haven’t disappeared entirely, but at least they no longer appear routinely in major media. This can’t be said for media’s depiction of older Americans.

A research report from AARP released at the September 2019 Advertising Week conference in New York, based on “a random sample of 1,116 images published by popular brands,” indicates widespread stereotyping, much of it not only inaccurate, but degrading and vicious. Tiffany Hsu, writing in The New York Times, notes these discrepancies between media depictions and reality:

A third of the labor force is over 50, but only 13% of the images examined by AARP’s research team showed any of them working or indicating that they hold down a job. Mostly, they’re just home resting.

Instead, a disproportionate number of these at-home shots show them being cared for by a medical worker.

Although the reality, according to the Pew Research Center, is that almost three-quarters of Americans between 55 and 73 own cellphones, depictions of cellphone use by this group are almost entirely absent — around 5% of the analyzed images show any kind of technology use by older Americans. On the contrary, the NYT reported that technology use by young people appeared in about a third of these same images.

One could go on, but I think an earlier NYT article on ageism that ed with a subway ad encapsulates the problem, which is one of media-endorsed and promoted images of older people (to quote Jerry Garcia, who said it sarcastically) as “old and in the way.” The subway ad read: “When you want a whole cake tor yourself because you’re turning 30, which is basically 50, which is basically dead.”

An Adweek discussion of the ad excused away the viciousness of the stereotype because it was intended to be “comic” — a viewpoint that often accompanied earlier degrading, stereotyped racial images. One of the enduring tropes implicit in this kind of harmful stereotyping is, “We’re only kidding.” If one objects, that’s just another indication of being “old and in the way.” Hip 30-somethings think it’s hilarious. What’s your problem?

Are We Getting Any Better?

In some ways, media is getting a little better about their depictions of older Americans. One motivating factor is that these same consumers have some of the highest disposable incomes. Americans 49 to 64 have the highest and within that group the very highest are those Americans between 60 and 65.

But we have a long way to go in how these Americans are depicted in the media. Older Americans are the fastest growing demographic in the country, growing in 2019 by more than 1.5 million per year.

Yet, the advertising industry, which contributes more to our perception of other Americans than any other, has its own severe problem with ageism and employs relatively few workers over the age of 50.

Age discrimination in the industry, notes one senior copywriter, is “on steroids,” and persists in pushing older workers out of the profession before they reach retirement. Another copywriter notes that in thirty years she’s only attended a single retirement party, basically because the industry squeezes them out before they get there.

This is reminiscent of a similar problem in the television industry, where earlier, before the appearance of powerful African American producers and writers like Shonda Rhimes, television shows were not going to do the best job of portraying African Americans with any degree of complexity because the writers were almost all white and had no way of experiencing firsthand what they were writing about.

Similarly, despite some recent progress, it seems unlikely that the problem of becoming invisible as you age in this country is going to change significantly until advertising writers themselves represent, among others, the older Americans they presume to depict.