Orion launch ushers in next generation of space travel 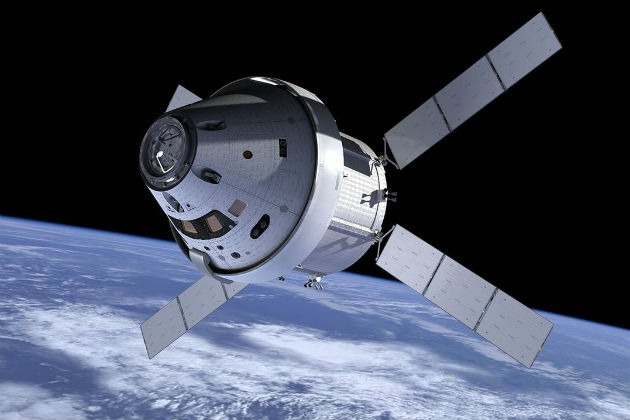 The progression of space travel has taken the human race farther beyond Earth than previous generations could have possibly imagined. With technology also evolving, the outer limit of where humanity can potentially go has also been expanded.

When it comes to landings on other planets or natural satellites, man has thus far stopped at the Moon. The last manned mission there occurred 42 years ago this month. Before and since 1972, various proposals to send a human mission to Mars — the most inhabitable planet next to Earth — have come and gone without much forward momentum.

However, NASA's new Orion spacecraft, which launched this morning for its first test flight, may be the vehicle that finally takes humanity to its next, reddish frontier.

"There's always a danger of over hype, but we have now built a spacecraft that is human rated for the first time in 42 years," Lockheed Martin Orion program manager Mike Hawes said in an interview with CBS News.

A possible manned mission of any sort in Orion is many years away, though. NASA's current plans are not to man the spacecraft until 2021. And any manned mission to Mars won't happen until at least the 2030s.

On the first flight, NASA is preparing for that day where humans fly in the spacecraft by testing some of its most vulnerable systems, including its heat shield, computers and other high-tech electronics. In the 4.5-hour flight, Orion will achieve an altitude of 3,600 miles away from Earth. By comparison, the International Space Station is in orbit 268 miles from Earth.

The peak altitude, achieved during Orion's second of two orbits around Earth, was chosen due to the high radiation in that area of space, termed the Van Allen belt. When it re-enters Earth's orbit, it has to slow down from 20,000 to 20 mph before landing in the Pacific Ocean.

The launch vehicle for Orion, the Delta IV, was about the only thing concerning the flight that wasn't man-rated. In the future, starting with a second scheduled 2017 Orion flight orbiting the Moon, NASA’s $8 billion Space Launch System will send the spacecraft on its way.

For that flight, and subsequent missions to go on, funding may have to come from creative sources. Already, Orion is a partnership between Lockheed Martin and NASA, and some parts are supplied by the European Space Agency. Any number of political or budgetary problems could derail future Orion timelines.

For now, though, excitement at NASA for the possibility of what lies ahead in space exploration is at heights not seen since the end of the space shuttle program. Whether that excitement ultimately results in man landing on the Red Planet a generation from now is a story yet to be told.