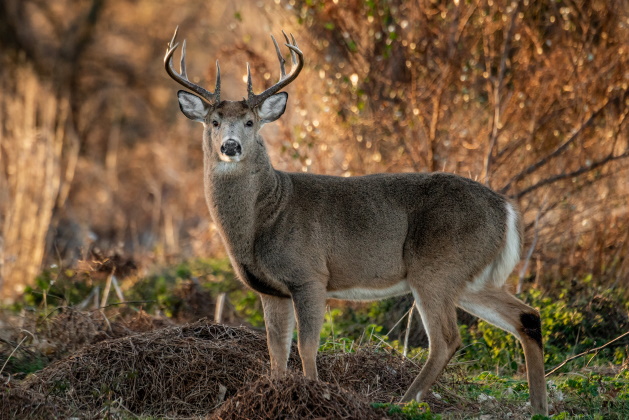 It’s always nice to get a little bit of good news, and that’s especially true with everything that’s been going on lately. Though 2020 has been an eventful year to this point, hunting season is fast approaching in the Lone Star State and things are looking great for both whitetail and mule deer.

Texas received plentiful spring rains this year that were well-distributed across most of the state. Those rains came just in time to provide plentiful food for wildlife as the state transitioned from winter into spring, which should bode well for both fawn recruitment and antler growth.

“From a statewide perspective, hunters might expect to see a higher proportion of bucks in the 6.5 to 8.5-year age classes as a result of above average fawn crop in previous corresponding years while other age classes reflect a more even distribution. While doe harvest has been down slightly in the last couple of years, which is likely contributing to a widening ratio of does to bucks, the good news for hunters is that there should be plenty of carryover from previous years.”

On the mule deer front, TPWD implemented new regulations that prohibited hunters from harvesting bucks with a spread less than 20” in Briscoe, Childress, Cottle, Floyd, Hall, and Motley counties back in 2018. Lynn County joined that group in 2019.

TPWD implemented those restrictions in order to improve buck to doe ratios as well as the buck age structure in the deer population. Basically, hunters were shooting far too many bucks (primarily young bucks) prior to the implementation of those restrictions. This resulted in an age structure skewed heavily towards younger deer and a buck to doe ratio of around 5 to 1.

In each county, overall buck harvest dropped in the first year of restrictions. However, things improved rapidly: reduced hunting pressure on younger deer resulted in many bucks that would have been harvested prior to the restrictions reaching older age. This has helped improve buck to doe ratios (now around 3 to 1) and the overall health of the deer population in the area.

Year two of the antler restrictions saw older bucks comprise a significantly larger share of the harvest with 5 ½ or older deer now making up about 51% of the harvest (up from 33%). Hunters are also reporting seeing more as well as larger and more mature bucks. Recent TPWD aerial surveys back up these observations.

Hopefully, these trends will continue and, combined with favorable weather across the state in the spring, will result in a great 2020-21 deer season in Texas.