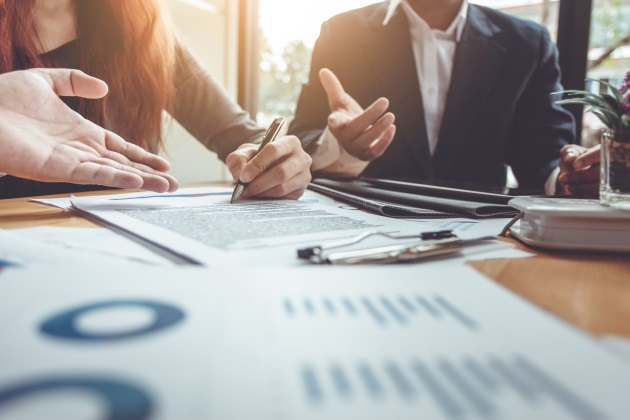 After several months in a holding pattern due to U.S. Government Accountability Office (GAO) solicitation protest B-408685.18, the General Services Administration (GSA) issued an update to the long awaited on-ramps to the existing One Acquisition Solution for Integrated Services Small Business (OASIS SB) pools on April 17.

GSA states that they anticipate releasing OASIS Small Business (SB) Pools 1, 3 and 4 and 8(a) sub-pools in late April 2019. Based on GSA Interact OASIS milestones provided in March 2019, the unrestricted on-ramps are likely to follow a couple of months later.

The OASIS on-ramps began with Pool 1, the most used pool with the smallest size standard ($15 million). However, GSA did not make any awards due to the protest, and announced in the April 17 update that OASIS SB Pool 1 offerors that submitted an offer to the earlier solicitation in November 2018 must resubmit based on “substantive RFP changes and a different, streamlined method of submission for proposals, Symphony.”

In preparation, GSA advised offerors to update their SAM.gov information to ensure timely access to the system, which bidders must also use to submit questions, related to the solicitation.

Ekagra Partners, LLC, a small business, raised two primary challenges to the terms of the solicitation: (1) the RFP places unreasonable limits on the extent to which mentor-protégé joint venture (JV) offerors can rely on the experience of the large business mentor firm, and (2) the RFP improperly prohibits JVs from forming a contractor teaming arrangement (CTA) whereby the offeror relies on experience of subcontractors that are not one of the JV members. (Note that the mentor in a JV arrangement is large, while all CTA members must be small businesses, so if a JV forms a CTA, they could potentially use experience examples from both a large and small business partner.)

GSA argued that allowing JVs to use additional experience from the mentor, beyond that allowed in the RFP, gave these offerors a “fundamentally unfair competitive advantage,” and to allow a mentor-protégé JV to also form a CTA would needlessly complicate matters. While GAO denied the protestor’s first argument, the GAO decision sustained the protest regarding the second argument, stating that the prohibition on CTAs is unduly restrictive of competition.

As a result, GSA is updating the on-ramp solicitations to reflect the GAO decision. This change is likely to result in a rush to finalize JV CTA arrangements and reexamine pool qualification and relevant experience examples. The original solicitation allows small businesses to submit proposals as CTAs where the small business is a prime, relying on the experience of both the prime and the subcontractors.

GAO took issue with the original solicitation’s prohibition on JVs, including mentor-protégé JVs, using pool qualification and experience examples from subcontractors not members of the JV. How GSA will revise the original RFP to allow for fair competition for all types of JVs and CTAs remains to be seen.

Size of the On-Ramps

GSA previously announced plans to expand to a total of 500 SB contractors across Pools 1, 3 and 4, with Pool 4 alone expanded to 100 contractors. Currently, Pool 1 has 44 contractors, Pool 3 has 43, and Pool 4 has 40, so this is a significant expansion.

Future on-ramps for OASIS Unrestricted Pools 1 and 3 will expand awards to a total of 200 contractors in those Pools. Currently Pool 1 has 45 contractors, and Pool 3 has 42, so these on-ramps will more than double the number of awards. For all on-ramps, the highest technically rated offerors will receive those awards regardless of how their score compared to the original OASIS awardees.

With just a couple of weeks left to prepare for SB and 8(a) on-ramps, examine the requirements in the 2018 Pool 1 SB On-Ramp RFP, keeping in mind the changes likely due to the protest. Begin vetting projects for the prime, JV partners and subcontractors, focusing on gathering the detailed documentation required as proof. To avoid elimination, focus on following all of the very detailed instructions. Compliance is critical to obtaining an on-ramp spot.

We assess whether your potential score is high enough to secure a spot and make specific recommendations on how to obtain a higher score. We also review of documentation and corresponding narrative also identifies areas where offerors may misinterpret the RFP or provide weak or invalid evidence.

Our experienced reviewers conduct the careful, comprehensive proposal reviews and provide the detailed feedback necessary to avoid compliance issues that might eliminate your offer from consideration.